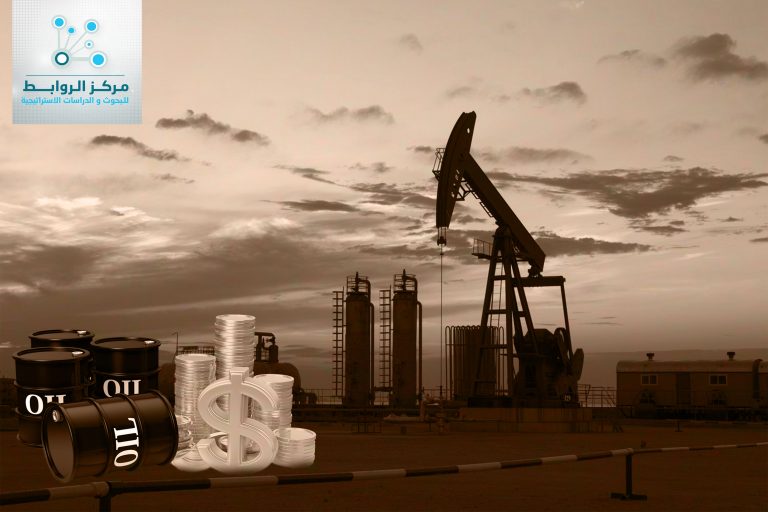 The Organization of the Petroleum Exporting Countries (OPEC) discussed on September 22, 2017, the extent of the commitment of the states to the  agreement to reduce oil production, not  an extension to reduce it , in the absence of important ministers, namely: the Iraqi oil minister, the Iranian oil minister, and the Qatari oil minister.
But  many Saudi newspapers such as the Asharq Al-Awsat and Al-Hayat promoted for the meeting to extend the agreement. The Saudi media played a major role in making people  believe  widely that the meeting was for the extension of the agreement  to cut  oil production  , but in fact it was only about the commitment of countries to the agreement to  cut oil  production. The kingdom is trying to make concessions to Iraq and Iran in order to rise the price of oil up to between 55-56 dollars a barrel, so that the Kingdom will benefit from selling of Aramco’s shares on the global markets, and then the KSA  do not  commit to the reduction of production. The oil prices are expected to fall below $ 55 on next Monday, due to interference of the Saud media.
While Brent crude prices are witnessing a rising in prices between up $ 55- $ 56, OPEC expected this week that in year 2018 will be higher demand on its oil, and OPEC was optimistic about the recovery of the global market, noting that its production Reduce production agreement that was made with producers outside the organization will contributes to reducing the supply obscurity, and support the prices
According to Reuters, Global Brent crude futures rise by 8 cents, or 0.14 %, to settle at $ 56.51 a barrel
West Texas Intermediate crude futures rise by 12 cents, or 0.24 %, to settle at $ 50.67 a barrel.
Goldman Sachs speaker stated that the negotiation regarding the extending of lowering production that it is “interesting but premature”, adding that “production reducing, unlikely to be extended this week.”
OPEC had made an agreement with some producers from outside the organization, like Russia in November 2016, to cut production by 1.8 million barrels per day to drain the excess global supply and supporting the prices.
Despite coordinated producer efforts and OPEC’s extension of production reduction until the end of March; prices remained under pressure from rising US producers.
Hear it is worth mentioning that the temporally increase in prices, was due Hurricane Harvey that hit the US coast on the Gulf of Mexico and Hurricane Erma that hit Florida, causing the US crude production to suffer severe damage and falling crude prices due to the disruption of about a quarter of the huge refining sector. In the country due to the storm, lower the demand for crude oil, and disruption of the oil sector.
The US Energy Information Administration reported that Harvey had affected the oil production. US crude production had fallen by about 8% from 9.5 million barrels per day to 8.8 million barrels per day.
OPEC ministers and members of the ministerial committee, headed by Kuwait in partnership with Russia, are making efforts to improve the commitment of countries that have not reached a 100 % of reduction as assigned to them in the agreement.
The reduction by OPEC is in vain, because of the inaccuracy of the secondary sources used by OPEC to measure the commitment of countries to the reduction of their production, because of the increase of production of non-OPEC countries and selling outside of OPEC, so it the organization cannot control, such as Kazakhstan and Malaysia, Are not subject to the monitoring of secondary sources, and therefore it is difficult to determine their production, but on the other hand two countries showed a strong interest in improving their commitment in support of the OPEC agreement, at the meeting held in the United Arab Emirates earlier.
There are countries within the Organization of the Petroleum Exporting Countries that are not committed to their share of production. Iran sells out 20 million barrels of oil per day at sea, and sells oil derivatives between 250- 450 thousand barrels per day.
One of the scenarios that been prepared for the next meeting, new non-OPEC countries will be included, which are not covered by the agreement, which was approved by top producers late last year.
Members of OPEC and independent producers had begun earlier this year to cut production by 1.8 million barrels per day (bpd) for six months in a trying to restore stability to the oil markets.
OPEC and other non-member countries had agreed in late May to extend oil production cuts for an additional nine months from July 1, 2017 until the end of March 2018.
Venezuelan President Nicolas Maduro said the agreement between the Organization of the Petroleum Exporting Countries (OPEC) and independent producers to cut oil production would “definitely” continue after March 2018.