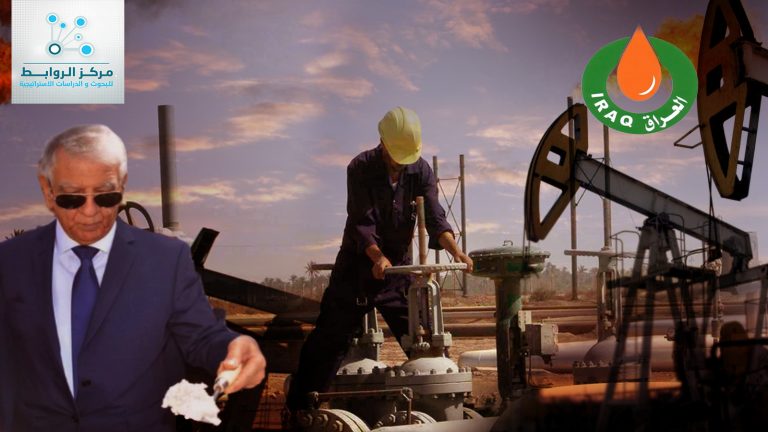 Oil is one of the basic pillars of the renaissance of contemporary Iraq, and the main pulsating artery which feeds the entire vital joints of it, and is a strategic material of utmost importance in Iraq’s present and future.
Oil is a national wealth in which the public and private sector should take advantage of it to provide a real opportunity for the development of the overall sense of civilization, especially in the economic aspect.
Iraq has enormous oil wealth, by virtue of the huge reserves and future production and the expected volume of exports to the countries of the world, leading a pivotal role in Iraq’s perspective future and the global oil market.

The oil investment is important in the service of the state and its construction on the one hand and enrich the investor on the other hand, the oil state needs a vast resources of money and modern technical expertise in order to complete their projects and to increase its growth and increase the level of welfare, so the process of investment in the oil sector is one of the important processes in changing the roots of the economy from Rentier economy to make the oil a bridge for the development of all sectors.

Under the current circumstances and the referendum in the Kurdistan region , Iraqi Oil Minister Jabbar al-Luaibi, has released an important statement confirming the commitment of Ministry of Oil to the national principles to exclude the oil sector from political conflicts, and its commitment to the optimal investment of national wealth and development it in the service of the Iraqi people of all components and segments asking everyone to move away from using the national wealth as one of the means of pressure and bargaining on the account of national principles.
He called all sides for the serious and constructive national dialogue away from the slogans and narrow interests that do not serve the good public and call to work together to find appropriate solutions to outstanding problems, according to the text of the Constitution and the laws and regulations in force in the service of our dear country and our people.

The advantages of investment in the oil market, the speculation in the stock market (SEC) , which globalized oil market, 24 hours a day, and prices in constant motion, so it has been the perfect way for the daily traders who are looking for quick movements and choose CFDs as an easy way of trading on the prices of oil.

And the rehabilitation of all oil sectors and the development of sectors associated with it through the exploitation of investments optimally and with the participation of foreign oil companies based on reasonable agreements contribute to building companies on the horizontal and vertical level and the development of investment oil projects, and this integration between the benefit from the oil wealth and the Iraqi cadres and attract investment constitute an integrated cycle that contribute to the stability of Iraq and the development of its economy.
the Iraqi Oil Ministry is working with great effort for the development of investment where its minister Jabbar Laibi confirmed that the Ministry is going ahead to implement its strategic plans to secure financial revenue to the treasury of the Iraqi state, and the development of the oil industry, referring to the signing of the contract of the project for the optimal invest of gas in the fields of Nasiriyah and Gharraf with General Electric Company , represented by (Baker Hughes), for the production of dry gas , condensers and liquid gas.
Al- Luaibi stressed that the project is a qualitative move of the gas investment process and will be implemented in the two-stages, the first is for the implementation of the facility to dry and press gas (70-100 million standard cubic feet per day), and the other stage is the completion of the project and the construction of a new plant for gas liquids, with a capacity of 200 million standard cubic feet Daily.

Luaibi added that the project contributes to stop gas burning and wasting it in the fields of Nasiriyah and Gharraf, as well as the provision of dry gas for the use of it as a fuel to power plants and reduce the use of heavy fuel in those stations, helping to enhance the efficiency of electricity production and reduce environmental pollution and its harm, and that the project will produce hundreds of thousands of tons of gas liquids annually on LPG and condensers and export the surplus of it to global markets that will bring significant revenues to provide the the state treasury , and most importantly will provide employment opportunities for the national workforce in the province in the phase of implementation and operation as well as Liquid gas production.
And within the effort of the national ministry to increase the production of oil derivatives Laibi announced the re – operation of Haditha refinery with an energy of (10) thousand barrels.
As Luaibi stressed that the workers in the al-Shamal Refineries Company and the Baiji refinery , where they were able to re-operating them , after they have been ceased due to security incidents and sabotage by terrorist gangs in Anbar province, in order to compensate the shortfall in the production of oil derivatives, stressing that the re-operation of the refinery is a keystone for the reconstruction of areas liberated from the terrorist gangs (Daesh), and the efforts of the re-operation of the refinery have resulted to provide fuel to the station of electricity of Haditha and provide the necessary services to the population of the region, despite the difficulties facing the course of action to restart some oil facilities and rehabilitation it in areas liberated recently.
Al-Luaibi added that the cadres of the ministry in the al-Shamal Refineries Company and other companies are currently working with great efforts to re – operation al-Sinea and al-Sikak refineries and units of Salah al – Din / 1 in the refinery of Baiji.

And the engineering effort in the ministry works to rehabilitate it to work in record time and resume production to provide fuel to citizens.
Al-Luaibi pointed out that the strategic plans of the ministry aim to increase production of oil products and reduce the proportion of imported ones by offering investment projects to build five refineries in the center, south and north of the country, and the rehabilitation and reconstruction of Qayyarah field and operation of the refinery Qayyarah to meet the need for the surrounding areas of petroleum products, and increase production capacity and rehabilitation a number of affected wells noting that the ministry is seeking to rebuild all other oil wells and provide fuel for the plant of Qayyarah electricity.

Al-Luaibi pointed out that the efforts of the ministry are continuing in the reconstruction of government fuel-filling stations in the province of Nineveh and the liberated areas, including the cities of Tal Afar and Hawija to meet the needs of citizens, families and displaced persons’ camps.
The minister stressed that the ministry has made significant strides in crude oil production, optimal investment of gas in a very high rates compared to what it was , adding that the ministry is working to conclude agreements with international companies to invest in gas and it is hoped that Iraq will stop the burning of gas by mid-2021 so as to achieve financial returns to provide Treasury Federal more than $ 6 billion annually as well as environmental and health impact of the surrounding areas of oil fields.

Al-Luaibi added that the Iraqi company for transport services and oil trade started to supply the first global oil tanker with operational fuel (Bunker) after the instillation of a new equipment system in the territorial waters for the supplement of tankers with fuel, and has become the main supplier of operational fuel (Bunker) for all ships and oil and gas tankers that come to a Iraqi ports, which is a major achievement that comes after a 30 – year cease.

Al-Luaibi stressed on the Iraq’s commitment to cut production agreement with OPEC in the face of the challenges of the oil market and the measures taken by it to re – balance global markets and to support oil prices.

As for the private sector has to activate cooperation with the concerned financial and statistical ministries and institutions to build a financial and statistical database , and give the role to specialized banks and private banks to provide soft loans to the national private sector and find solutions to the problems of taxes and benefits accumulated on the owners of stalled production entrepreneurs and the development of financial policy of short and medium term , and to encourage private banks to invest in economic projects so as to enhance the proportion of its contribution to GDP and to speed up legislative amendments to achieve this goal, and focus on the quality standards of Local and imported products and services according to the International health standards and do not become a market for the sale of poor foreign products .