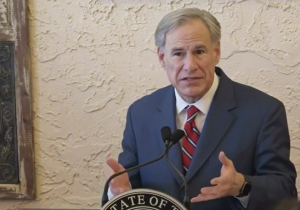 CNN)President Joe Biden is barreling into his first science-vs.-politics showdown with powerful Southern Republican governors, one that could define the outcome of the race to vaccinate enough Americans before variants take hold.

Biden on Tuesday warned the country to dig in for a while longer as he flexed sweeping wartime powers under the Defense Production Act in another big leap forward in the inoculation drive, announcing there would be enough doses for all US adults by the end of May. He unveiled a pioneering plan for pharmaceutical giant Merck to make a vaccine developed by its rival Johnson & Johnson.
“There is light at the end of the tunnel, but we cannot let our guard down now to ensure victory is inevitable; we can’t assume that. We must remain vigilant, act fast and aggressively and look out for one another,” the President said.
But the governors of Texas and Mississippi defied federal government warnings to not relax restrictions and open their economies too fast, going it alone as new infections plateau at high levels and fears grow over a huge spike in the coming weeks. On Monday, Dr. Rochelle Walensky, the director of the Centers for Disease Control and Prevention, had warned that with variants spreading, “we stand to completely lose the hard-earned ground we have gained.”

The looming openings are paradoxically a symptom of Biden’s success as confidence grows in the availability of vaccines, which have rolled out fast since he took office. But experts are warning that opening too quickly could provide the vast petri dish that new variants of Covid-19 need to thrive. Those variants are often not just more infectious, but they also could make the vaccines that are expected to pave the way out of the yearlong crisis less effective. That means that states like Texas and Mississippi, which were slow to adopt steps like mask wearing, are not just risking their own citizens but all other Americans too.
If new infections take hold before enough Americans are vaccinated, a desire to play into political sentiment that sees government scientific advice as tantamount to an infringement on individual freedom could delay a return to normal life.
“I have to be honest with you, this fight is far from over,” Biden said at the White House, warning that the pandemic could begin to get worse as new variants, like those first found in the UK and South Africa, spread.
Yet in Texas, Republican Gov. Greg Abbott was taking exactly the opposite tack, announcing that grave economic pain and a fall in infections were leading him to lift a mask mandate and all restrictions on business from next week.
“It is now time to open Texas 100%,” Abbott said.
The Texan is an ally of Donald Trump and one of a group of Southern governors who last year heeded the then-President’s demands to reopen while flouting scientific advice, helping to trigger a summer infection surge that swelled the national death toll from the pandemic, which is now more than half a million.
‘A gigantic mistake’
In some ways, these early openings are a case of those who ignore history being doomed to repeat it, with yet more premature declarations of victory over the virus — after previous celebrations helped secure for the US the dubious distinction of having the most infections and most deaths from Covid-19.
“This is a gigantic mistake,” Dr. Jonathan Reiner, a professor of medicine at George Washington University, told CNN’s Erin Burnett.
“They are not doing well … we have seen this movie and it doesn’t turn out well,” Reiner said, referring to the state of the pandemic in Texas.
Another Southern Republican, Gov. Tate Reeves of Mississippi, also announced an end to all county mask mandates and said businesses can open from Wednesday at 100% capacity. “Our hospitalizations and case numbers have plummeted, and the vaccine is being rapidly distributed. It is time!” Reeves tweeted Tuesday.
The Republicans are not the only governors easing restrictions as new cases of Covid-19 and deaths from the virus have fallen following a holiday spike. Some states and cities run by Democrats are also doing so, but unlike Texas and Mississippi, they are not acting as though the virus has simply gone away.
The early openings are causing frustration in the White House, as Biden tries to make good on his vow to stamp out the virus and as new breakthroughs in manufacturing vaccines mean that relative safety could be just months away.
“We certainly understand the pressure governors are under and we appreciate the working relationship we have with Gov. Abbott,” Andy Slavitt, senior adviser to the White House Covid-19 response team, told CNN’s Wolf Blitzer.
“But at the same time, we think it’s a mistake to lift these mandates too early. Masks are saving a lot of lives. I’m really hoping that the businesses and the community and people in Texas, the mayors, the counties, will rethink this. I hope the governor rethinks this. Hopefully states will stick with this until such a time as we get through all the vaccinations and see the other side of this.”
Medical experts described the premature openings as nonsensical at a moment when there are signs that infections may be about to rise again from already high levels and as vaccines mean the end may even be in sight. Easing restrictions almost certainly means that people will die who could have been alive in just a few months when vaccines hit critical mass.
“It’s just irresponsible,” Dr. Leana Wen, a former Baltimore health commissioner, said on CNN’s “The Situation Room.”
“It could undo all the incredible work that we have done thus far,” Wen said, adding that mask mandates would allow schools to reopen and businesses to get back on their feet — and were a path toward freedom, not an infringement on it.
‘No longer needed’
Abbott said it was now time for Texans to be trusted to take their own precautions to stop Covid-19 and government enforcement was not necessary.
“Make no mistake, Covid-19 has not disappeared, but it is clear from the recoveries, vaccinations, reduced hospitalizations and safe practices that Texans are using that state mandates are no longer needed,” he said.
“With this executive order, we are ensuring that all businesses and families in Texas have the freedom to determine their own destiny.”

But the idea that vaccinations have changed the game already is undermined by the fact that only 6.5% of Texans have been fully vaccinated — far short of the figure needed to ensure herd immunity to stop the virus from spreading. In Mississippi, only 7.4% of residents have been fully vaccinated, according to figures calculated by CNN.
Many local officials in Texas reacted negatively to Abbott’s announcement. Dallas County Judge Clay Jenkins, a Democrat, accused the governor of trying to distract from his failures during a winter storm last week in the state that blacked out much of the power grid.
“You should focus on what doctors, facts and science say is safe; not on what Gov. says is legal!” Jenkins wrote on Twitter.
Judge Ricardo Samaniego, a Democrat from El Paso County, which has been pummeled by Covid-19, said his authorities had 280 bodies in the county’s holding facility and warned that Abbott’s directive was equivalent to lifting the requirement to wear seat belts.
“Our community would have appreciated his condolences to the families who have lost loved ones, and public health would have appreciated if he would have focused on the dangers of a new variation of the virus which is quickly emerging,” Samaniego tweeted.
Science vs. politics rumbles on
The clash between Washington and several states shows that the duel between science and politics did not end when Trump left the White House. Many conservatives have balked at scientific advice to keep nonessential businesses closed on the grounds that they are an unacceptable infringement of basic rights. Others have cast doubt on the science and branded leaders like Biden as desperate to keep Americans locked down in order to flex their own liberal powers — even though the President would seem likely to reap a political dividend if he is able to conquer the virus.
There is no doubting the savage economic and social costs of lockdowns, business closures and restrictions. Tens of millions of Americans are hurting financially, have been stuck at home for months and separated from their families. A generation of school kids is paying a terrible price for the virus. The country is desperate to get back to some semblance of normality.
Biden argued Tuesday that such deprivation is one reason why Congress must quickly pass his $1.9 trillion Covid rescue package, which contains extended unemployment benefits, help for small business and cash to get schools open and seeks to quickly expand the infrastructure for putting vaccinations in arms.
The bill did not get one Republican vote when it passed the House last week and it may require Vice President Kamala Harris to cast a deciding vote to get the measure through the 50-50 Senate in the coming days.