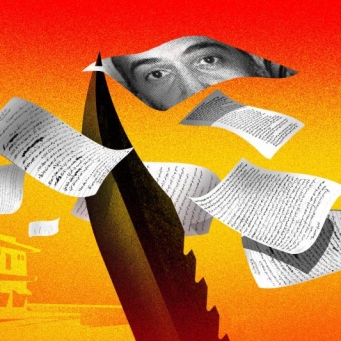 On September 11, 2001, al Qaeda carried out the deadliest foreign terrorist attack the United States had ever experienced. To Osama bin Laden and the other men who planned it, however, the assault was no mere act of terrorism. To them, it represented something far grander: the opening salvo of a campaign of revolutionary violence that would usher in a new historical era. Although bin Laden was inspired by religion, his aims were geopolitical. Al Qaeda’s mission was to undermine the contemporary world order of nation-states and re-create the historical umma, the worldwide community of Muslims that was once held together by a common political authority. Bin Laden believed that he could achieve that goal by delivering what he described as a “decisive blow” that would force the United States to withdraw its military forces from Muslim-majority states, thus allowing jihadis to fight autocratic regimes in those places on a level playing field.

Bin Laden’s worldview and the thinking behind the 9/11 attack are laid bare in a trove of internal communications that were recovered in May 2011, when U.S. special operations forces killed bin Laden during a raid on the compound in the Pakistani city of Abbottabad where he had spent his final years hiding. In the years that followed, the U.S. government declassified some of the documents, but the bulk of them remained under the exclusive purview of the intelligence community. In November 2017, the CIA declassified an additional 470,000 digital files, including audio, images, videos, and text. With the help of two research assistants, I pored over 96,000 of those files, including nearly 6,000 pages of Arabic text that form a record of al Qaeda’s internal communications between 2000 and 2011, which I have spent the past three years analyzing. These documents consist of bin Laden’s notes, his correspondence with associates, letters written by members of his family, and a particularly revealing 220-page handwritten notebook containing transcripts of discussions between members of bin Laden’s immediate family that took place in the compound during the last two months of his life. The documents provide an unparalleled glimpse into bin Laden’s mind and offer a portrait of the U.S. “war on terror” as it was seen through the eyes of its chief target.Stay informed.
In-depth analysis delivered weekly.
It soon became clear that bin Laden was ready to back his words with deeds. In 1998, al Qaeda carried out simultaneous bombings of the U.S. embassies in Kenya and Tanzania, killing 224 people and wounding more than 4,000. Emboldened by the international attention those strikes received, bin Laden became more ambitious. On October 12, 2000, al Qaeda rammed a small boat filled with explosives into the USS Cole as it was refueling in the port of Aden, Yemen, killing 17 U.S. Navy personnel. Soon after that, bin Laden told a large gathering of supporters that the attacks represented “a critical turning point in the history of the umma’s ascent toward greater eminence.”

The Abbottabad papers include handwritten notes that bin Laden composed in 2002, disclosing “the birth of the idea of 11 September.” They reveal that it was in late October 2000, within weeks of the USS Cole attack, that bin Laden decided to attack the American homeland. They also reveal his reasoning at the time: bin Laden believed that “the entire Muslim world is subjected to the reign of blasphemous regimes and to American hegemony.” The 9/11 attack was intended to “break the fear of this false god and destroy the myth of American invincibility.”

About two weeks after the attack, bin Laden released a short statement in the form of an ultimatum addressed to the United States. “I have only a few words for America and its people,” he declared. “I swear by God almighty, who raised the heavens without effort, that neither America nor anyone who lives there will enjoy safety until safety becomes a reality for us living in Palestine and before all the infidel armies leave the land of Muhammad.” The attack had an electrifying effect, and in the years that immediately followed, thousands of young Muslims around the world committed themselves in various ways to bin Laden’s cause. But a close reading of bin Laden’s correspondence reveals that the world’s most notorious terrorist was ignorant of the limits of his own métier.

Bin Laden’s documents offer a portrait of the “war on terror” as it was seen through the eyes of its chief target.
Bin Laden was born in 1957 in Saudi Arabia. His father was a wealthy construction magnate whose company was renowned not just for the opulent palaces it built for the Saudi royal family but also for its restoration of the Islamic holy sites in Mecca and Medina. Bin Laden was raised in comfort, wanting for nothing. He grew into a poised young man who yearned to take part in political causes around the Muslim world. In his early jihadi exploits, which involved fighting in Afghanistan in the 1980s and helping finance and coordinate the mujahideen battling the Soviet occupation of that country, he demonstrated that he had learned something about entrepreneurship and management from the family business. And yet, although bin Laden’s correspondence indicates that he was well versed in Islamic history, particularly the seventh-century military campaigns of the Prophet Muhammad, he had only a perfunctory understanding of modern international relations.

During the last year of his life, bin Laden lamented that his “brothers” had become a “liability” for global jihad. Some of their attacks, he bemoaned, resulted in “unnecessary civilian casualties.” Worse yet, “the Muslim public was repulsed” by such attacks. The new generation of jihadis, he concluded, had lost their way.

In the winter of 2010–11, the revolts that became known as the Arab Spring initially gave bin Laden some hope. He reveled in the success of what he called the “revolutionaries” (thuwar) who brought down autocratic regimes in Tunisia, Egypt, and Libya. But soon, he grew troubled. In conversations with his family, he worried that “the revolutions were born prematurely” and lamented that al Qaeda and other jihadi groups were mostly on the sidelines. He was resigned that “we cannot do anything except intensify our prayers.”

Yet bin Laden was determined to “protect these revolutions” and intent on advising the protesters through his public statements. His one and only response to the Arab Spring went through at least 16 drafts before he made an initial recording of it. And his daughters Sumayya and Maryam, who had effectively co-authored most of the public messages that bin Laden delivered over the years, did much of the heavy lifting in composing the text. In late April 2011, they were planning to give it one more round of edits before the final recording, but they ran out of time: U.S. Navy seals raided the Abbottabad compound before they had a chance to polish it. It was the U.S. government that ended up releasing the statement, probably to help establish that the raid had actually occurred and undermine the claims of conspiracy theorists to the contrary.

The raid was masterfully planned and executed. “Justice has been done,” U.S. President Barack Obama declared in announcing bin Laden’s death. With the man behind the 9/11 attack eliminated and with mostly peaceful and secular protesters on the march against Middle Eastern tyrants, it seemed for a moment that the jihadi movement had run its course. But that moment proved fleeting.