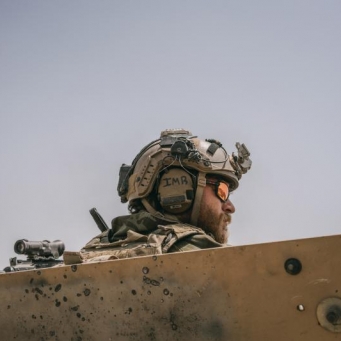 war,” the late French prime minister Georges Clemenceau famously remarked, “is a series of catastrophes that results in a victory.” That is a good way to think about the United States’ odyssey in the “war on terror.” For 20 years, Washington has struggled and mostly failed to reduce the overall level of global terrorism and to create a healthier political climate in the Muslim world. It has also endured slow, grinding quagmires and sharp, humiliating setbacks. Yet on the most fundamental level, the United States has achieved its strategic objective: it has prevented catastrophic attacks against the U.S. homeland, mainly by becoming extremely proficient at destroying terrorists’ sanctuaries and pulverizing their networks.

The United States has paid too high a price for this success. Yet that price has fallen dramatically over time as Washington has developed what is, on balance, a better counterterrorism approach. After conducting unsustainably expensive military commitments in Afghanistan and Iraq, the United States underreached by pulling back from the broader Middle East too fast and allowing old threats to reemerge. But since around 2014, Washington has settled on a medium-footprint model based on modest investments, particularly in special operations forces and airpower, to support local forces that do most of the fighting and dying. When combined with nonmilitary tools such as intelligence cooperation, law enforcement efforts, and economic aid, this approach provides reasonably good protection at a reasonable price.

A medium-footprint strategy is no silver bullet. It offers only incremental and incomplete solutions to the political problems underlying extremist violence. It also necessitates tradeoffs with other priorities, such as competing with China, and is politically vulnerable because of its association with long, frustrating wars. Yet the experience of the past two decades suggests that the medium-footprint strategy is still the best of bad options available to the United States.