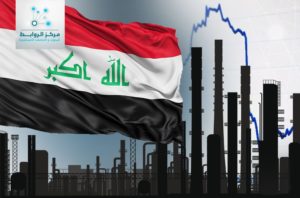 Iraq   was on the top of  the countries in the region during the past years  that have suffered from the economic and political crises, and  the global problem was added to the basket of its crises which is  the most widespread in the world .. It’s the scourge of terrorism, and we know the risk of this scourge afflicting all human societies, and of course the effects of terrorism is clearly reflected on the individuals and communities and  are also cast its shadow on   the destiny of peoples and economies  to spread   poverty, unemployment, famine, inflation and the collapse of infrastructure and obstruct the progress and development of societies.

Terrorism was not new to Iraq, but  it was known by Iraq for over more than a decade, that  the US occupation in Iraq has led  to the collapse of the concept of the state in its  general concept and  the country  has become between overnight an arena for settling  calculations  and spread  the operations of looting of the resources of the country  to be on  the top of the roughest disasters of the twentieth century at least at the level of the region and possibly the world, and  the country and its economy remained  in a state of constant bleeding, particularly in the period of 2006-2014, which saw the biggest theft of the resources of the Iraqi people, but this time at the hands of government-backed externally from the enemies of Iraq, and  this government produced   the biggest terrorist, which  occupied  the second largest Iraq’s cities and accompanied by a collapse in world oil prices to record levels to reveal the looting and theft crimes practiced by al-Maliki government and their followers, that the Iraqi treasury  has become empty and the Iraqi economy is on the verge of collapse to the point that the state failed to pay its employees, to turn then to the Monetary and donor organizations fund to be able to save the country’s economy from the real collapse.

As to  how the impact of terrorism on the Iraqi economy,  the numerous studies and articles have been published  that revealed the magnitude of the disaster experienced  by the ailing Iraqi economy, and we’ll show here  such last reports published in this regard, a report issued by the Institute of “economics and peace” carried the title  “the economic value of peace and was translated by the site  ” CNBC “, the report stated that the world has lost  $ 13.6 trillion ,  not  on the development and implementation of projects and job creation, but also as a result of wars and conflicts experienced by many countries at the moment, especially in the Middle East.

According to the report , Iraq  was ranked the second  after Syria  noting that the  the economic downturn has risen  caused by the war and instability, , and the  military spending was increased to nearly half the size of the economies of some countries in the region (49.1%). While spending on domestic security level was between 14% and 23%. He pointed out that the war cost about $ 84 billion so far and  Libya came in third place ..

The report adds that in spite of lower revenues due to falling oil prices, Iraq has increased military expenditures by 14% in 2015.

The reprt stated that the figures  are estimated for the lack of accurate data, estimated that the impact of war and violence on the economies in Syria, Iraq, Libya and Egypt on the rise since 2007 and even 2015.

Iraq has been on the top of  the list of the  “most affected”  states in  the world of terrorism  on the human and economic levels among the hardest hit states in terms of loss and terrorist incidents and the number of accidents, deaths and injuries and loss of property, especially after the emergence of state regulation “Daesh” which has been classified by the Institute reports that “the most bloody organization s ” among  the other terrorist organizations.

Terrorism has cost , which cast a shadow over Iraq, a lot of its abilities both financial and human resources  altogether  , and brought the country to the brink of a real collapse at a given moment, and this case was accompanied by the rise of the military spending and estimates  suggest that the impact of wars on the rise, however, the fact that the economic problem of Iraq is  bigger than  the issue of terrorism, there is a giant named “corruption” parallels to the  terrorism Daesh and criminal gangs in all its forms that turned  the country to the mafias and gangs to dominate the public money without the accountability  or punishment,  and without being for the Iraqi citizen a minimum of rights, who  is today among the displaced people and immigrants, or detainees in his native country without  a savior .