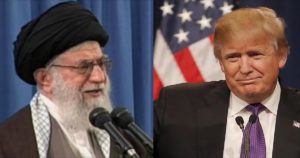 In an effort to dispel concerns raised by the control of the Iraqi popular crowd on the border with Syria to open a direct corridor from Iran to Syria, the popular crowd forces suddenly retreated  from its plan to control the Iraqi-Syrian border from the point of Mosul, and announced a clear commitment to hand over its positions to Iraqi police forces. As deputy chief of the popular crowd Abu Mahdi al-Muhandis said troops would hand over its positions that had been recovered from the control Daesh recently to the Iraqi border police. Abu Mahdi added that the battles waged by forces against Daesh will continue until the restoration of the entire border between Iraq and Syria to access to the Al Waleed crossing of the province Al-Anbar. This statement has come after two days of his announcement that the popular crowd forces are ready to enter Syrian territory to fight Daesh pointing out that the troops will follow any presence of it outside of Iraq that threatens the security of Iraq. The question that arises in this context, what is the fundamental reason for this change?

The followers of Iraqi affair believe that this retreat   is due to the discovery of field data by the popular crowd forces that it prevents the continuation of the adventure of progress to control the new locations in the vicinity of Baaj, which has seen since days the killing of General Shaaban Nasiri, one of a prominent Iranian Revolutionary Guard commanders . And the administration of President Donald Trump and Iraqi Prime Minister Haider al-Abadi do not object for the involvement of the popular crowd in the battles of the desert Baaj area at the Syrian border , pointing out that they are barren desert areas where full armies can be lost , a traditional stronghold of the militant groups, as its roads and entrances are known in details . And the discovery of the popular crowd to the American trap pushed its leaders to retreat rapidly, citing that their role ends after the liberation of sites and delivering them to the Iraqi forces where they are moving under its cover.

The followers of the Iraqi affair also believes that the popular crowd forces were not to be cared for the recent US warnings except for they found that the facts on ground are difficult , and the progress in open desert areas may facilitate the international coalition aircraft to bomb them especially after the strike of Tanf, as Lebanese Hezbollah tried to open a route from the southern Syria to Iran through approaching to the air Tanf base south of Syria , in an attempt to invest the security situation in Iraq and Syria to advance quickly to the border to control and secure Iranian transit from Iraq to Syria to Lebanon within the dream of the Shiite Crescent. But US planes bombed a convoy, composed of three thousand of fighters of the party and its allies. It is a message with a strong content by the US administration for its opponents in Syria and Iraq. According to military experts, the strike was not only a limited work intended through to direct messages to local and regional actors, showed the importance of the border areas for the US strategic thinking, which extends to the phase of post-organizing Daesh in Syria and Iraq, and the arrangement of the process of influence within them, as demonstrated the extent of seriousness of Washington to prevent any forces acting by a proxy in the interest of Iran to control the border areas and points of communication between the countries of the region. It is a message at the same time to Iran that the geo-strategic logistical line that Iran aspires to it from Tehran to Beirut through Baghdad and Damascus is merely a dream, and will not allow Iran to build its empire in the Middle East.

And observers of Iraqi affair believe that the sudden retreat of the leaders of the popular crowd on the progress towards the border came a day after strong statements of Kurdish officials that the Peshmerga forces will not allow anyone to penetrate the sites of its influence in Sinjar. The leader of the crowd , the Secretary-General of the Badr Organization, Hadi al-Ameri said recently that the crowd forces will advance towards the Iraqi city of Qaim, opposite to the city of Abu Kamal in the eastern Rif Deir Az-Zour on the Iraqi-Syrian border, which makes them in the face with Syrian Democratic forces, which controls the east southern of the Rif of the province of al-Hasakah . following these statements , the official spokesman for Syriian Democratic forces Talal slaw warned Iraqi popular crowd forces from entering the territory controlled by the forces in al-Hasakah province, eastern Syria. Slaw added: “We will confront any attempt by the popular crowd to enter areas controlled by our forces; we will not allow any forces to enter within our control areas “. And it was considered a strong message that the Kurds backed by the US administration, are ready to face the expansion of the popular crowd, a message taken by Shiite leaders and took the initiative to emphasize the strength of the relationship with PeshMerga and the recognition to the sites of its influence.

Abu Mahdi al-Muhadis said: “We have historical ties with the Peshmerga forces and coordinate with them on a high level.” And on the progress of the popular crowd around Sinjar areas under the control of the Peshmerga forces and the fate of the areas that came under the control of the crowd, he stressed, “that these issues will be resolved by political means rather than military, and in accordance with the agreements signed between the Government of Iraq and the Kurdistan Region.” Followers of the Iraq affair warned that the declaration of the popular crowd forces to handover villages that are recovered from Daesh to Iraqi forces might be a maneuver targeted to keep the media spotlight away on their activities in a way allowing them to move freely, and avert the escalation with the Kurds, excluded that the crowd will not stop carrying out its role as a tool aims to achieve the interests of Iran.

The situation on the border between Iraq and Jordan, and Syria is very dangerous, especially after the turning of southern border of Syria from Tanf to Sinjar in Iraq to become a hotbed of tension where multiple partners in war are competing on it on behalf of the regional supporters. And the ambitions of Iran have been increased recently trying to open the route from the Iraqi border at Tanf crossing to reach Damascus and Beirut. While Daesh is crushed in the last strongholds in Mosul and al-Riqa , agents of Tehran rush to establish a land corridor between Iran, Iraq, Syria and Hezbollah in Lebanon, which threatens of a strategic exceptional geographical transformation . As it is possible that this shift puts about twenty million Sunni Arabs under the de facto Shiite tutelage in Syria and Iraq, which may creates probably a new Sunni extremist organization to replace Daesh. Here, we wonder how the US president Donald Trump administration should deal with Iran, which is messing around in the stability of the region?

The administration of US President Donald Trump must define final clear goals in order to succeed in any policy toward Iran. Does it just want to address regional aggression of Tehran, as it did with Slobodan Milosevic in the nineties of the last century? Or whether it seeks to achieve long-term containment policy to bring about fundamental changes in policy in Iran (in other words, the initial version of George Kennan in the post-Cold War), or even to change the system? If so, how it can implement this policy in practice? The specialists of experts in Iran affairs in the United States are divided over whether the overthrow of the regime or the continuation of the rapprochement policy pursued by Obama is the best way to bring about change in Iran; and international potential allies of Washington are divided on this issue as well. Therefore, if the US administration wants to maximize its chances to win supporters at home and abroad so the clarification will be crucial and important in determining its policy towards Iran. “The question that arises in this context could the administration of Trump beat Iran?