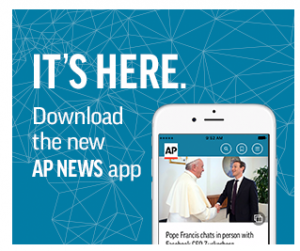 KISSIMMEE, Fla. (AP) — One police officer was shot and killed and another gravely injured by gunfire while checking suspicious people in the central Florida city of Kissimmee, police said early Saturday.

Three suspects were in custody and a fourth was being sought.

Elsewhere in Florida, two police officers were shot and injured when responding to shots fired in Jacksonville.

Kissimmee police officers Sam Howard and Matthew Baxter were checking suspicious people in an area of the city known for drug activity when they were shot, Kissimmee Police Chief Jeff O’Dell said at a news conference. They did not have an opportunity to return fire.
“They were surprised,” O’Dell said. When asked whether they were ambushed, he said, “It’s too early to tell, but it’s leading that way.”

Baxter, a three-year veteran of the department, died later in a hospital and Howard, a 10-year veteran, was in serious condition, O’Dell said. Both had families, he said.

Broadcaster WFTV showed aerial footage of police cars with lights flashing swarmed at a housing complex as the search continued in Kissimmee, a city just south of the theme park hub of Orlando.

In the northern Florida city of Jacksonville, two police officers were shot and wounded while responding to reports of a shooter in an apartment, the Jacksonville Sheriff’s Office said.

Florida Gov. Rick Scott sent Tweets about the four officers, saying “we stand with ALL law enforcement in Florida.”

When O’Dell held his brief news conference outside the hospital where the two fallen Kissimee officers had been taken, reports already had surfaced of two more officers shot in Jacksonville to the north.

“It’s a tough time for law enforcement,” O’Dell said of those reports. “It’s getting tough to do the job.