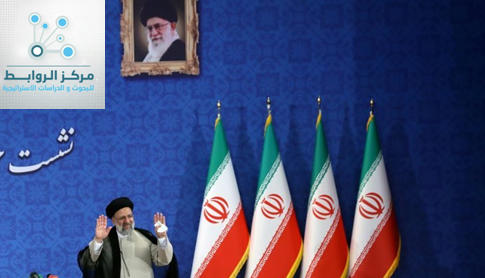 Iranian policy continues in its orientations and principles in international and regional dealings, defying the world order and the conditions and instructions directed by the US administration and its negotiating delegation, which attended (six) dialogues that took place in the presence of the European allies in the group (4+1) in the Austrian capital (Vienna).

And the policy of intransigence and showing strength is still the one adopted in collecting the hadiths and statements made by many Iranian officials towards returning to dialogues, and the seventh round, which is expected to take place after the fifth of August 2021, will be inaugurated (Ibrahim Raisi) as the new president of Iran, which will be reflected in the The nature of the role that the Iranian negotiating delegation will play after the next Iranian president announced his country’s intention to form a new negotiating team.

On the negotiations of the Iranian nuclear program and the demand of the United States of America and European allies to fulfill their obligations and return to the terms of the previous agreement concluded in 2015, and the need to find stable priorities to begin laying the foundations for a new agreement that will be approved by all and achieve the political interest of the Iranian regime.

It was this Iranian vision that revealed the reality of the upcoming role of President Ibrahim Raisi, which the US administration considered that his arrival would have a negative impact on Tehran’s relationship with Washington and the West in the course of the upcoming negotiations. The Iranian vision will remain governed by direct pressure from Supreme Leader Ali Khamenei, European countries also do not have sufficient tools to change the orientations of the Iranian regime and its next president. He has a vision of his own that reflects the orientations of the conservative current that belongs to it, which had a prominent role in its arrival to power, and which sees that the policy of pressure and confrontation adopted by the Iranian regime in many From the capitals of the Arab countries in Yemen, Syria, Lebanon and Iraq, by influencing the American interests and strategic policy, the international powers, including the Europeans, will be forced to fully negotiate with the Iranian regime and submit to its conditions, a policy and a vision conveyed by all the internal circles present in the conservative movement in Iran.

The nature of the declared Iranian policies and policies made (Jake Sullivan), the US National Security Adviser, declare that (there is still a great distance to go with regard to some major issues, including sanctions and the leading obligations that Iran should implement), and accompanied by the failure of Iranian officials to agree to Extending the announced agreement with the International Atomic Energy Agency and threatening them to cancel the additional control measures included in the terms of the previous agreement.

In the face of these field changes and the escalation in the Iranian discourse, which was publicly explained by Supreme Leader Ali Khamenei on Wednesday, July 28, 2021, when he met with members of the outgoing government of President Hassan Rouhani, when he indicated that the United States of America is not serious about completing the negotiating dialogue on the Iranian nuclear program and that it is seeking To include the topics of the ballistic missile program, the nature of Iranian presence and influence in the Middle East and the Arab world, and the support provided by the Revolutionary Guard leaders to many armed militias in Syria, Iraq and Yemen.

The Iranian political decision remains subject to the visions adhered to by members of the conservative movement who have tightened control over all Iranian state facilities, the executive, judicial and political authorities, the intelligence services and the Iranian Quds Force, with the support and support of Ali Khamenei in drawing the features of Iran’s foreign policy and the nature of political interaction with the international and regional environment, the most important of which is how to conduct dialogues In the upcoming negotiations regarding the Iranian nuclear program, a policy that President Ebrahim Raisi cannot leave or change.