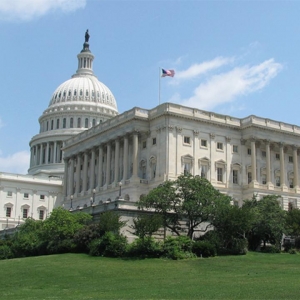 former assistant secretary of state for Near Eastern affairs diagnoses the country’s incapacitated institutions and prescribes remedies for its entrenched corruption and Iranian/Hezbollah domination.

The following testimony was prepared for a hearing before the House Foreign Affairs Subcommittee on the Middle East, North Africa, and Global Counterterrorism.

The contours of Lebanon’s slow-motion economic collapse are by now well known. In the aftermath of the fifteen-year civil war, Lebanon borrowed huge amounts of money to rebuild, accumulating a mountain of debt that was funded by borrowing from local banks brimming with expatriate remittances. Even as the debt approached an unsustainable level of 150 percent of GDP, new money continued to flow into Lebanon, lured by obscene interest rates, particularly on Lebanese lira deposits—an expensive but effective tactic intended to encourage confidence in the shaky currency.

Some early warning signs of impending trouble emerged following the outbreak of the 2011 Syrian civil war, yet the Ponzi scheme endured. Over time, however, the war took a toll on Lebanon’s already troubled economy, as exports decreased, a million refugees arrived, foreign remittances slowed, Gulf state funding dried up (as the Iranian-backed Shia militia Hezbollah increasingly dominated the state), and new funding became unattainable. The impact of endemic corruption, which had long plagued the state, hastened the inevitable deterioration, but COVID-19 and the horrific August 2020 Beirut port explosion constituted the coup de grace.

Numbers tell a story of suffering. Once pegged at 1,500 to a dollar, the lira has devaluated and today is nearly 25,000 to a dollar. Life savings have been wiped out, and dollar bank accounts are inaccessible. The Central Bank—always an opaque institution—has little access to hard currency, and it’s unclear how much, if any, of the bank’s foreign reserves, which by law should be at least $17 billion, remain. The lack of hard currency has complicated Lebanon’s ability to produce energy or import food, medicine, and fuel. Subsidies have been cut. Unemployment is in excess of 30 percent. In 2020, GDP decreased more than 20 percent from 2019—in 2017, GDP per capita was around $8,000 per year; today it is less than $5,000. More than half of Lebanese are now below the poverty line, and nearly half of this population is destitute, or “food insecure.” The World Bank characterizes the situation as perhaps among the top three “most severe crisis episodes globally since the mid-nineteenth century.”

The collapse of Lebanon’s economy has many midwives. Lebanon consistently ranks among the most corrupt states in the world according to Transparency International, and for good reason. Enormous sums of money have vanished, either spirited out of the country or siphoned into the pockets of local political elites. While Lebanon is a state where sectarianism runs deep, corruption is an ecumenical practice, exercised across the lines of the eighteen officially recognized religious groups in the state. To be sure, Hezbollah is among the groups in Lebanon most wedded to this profoundly corrupt and dysfunctional system, but it is not alone. Indeed, corruption has long been an area of rare cooperation between otherwise rival political parties in the fractious environment. The corruption has been so profitable for the elite that notwithstanding the slide toward state failure, they remain even to this day largely disinclined to reform.

Nearly a year has passed since the last Lebanese government resigned in the aftermath of the Beirut port explosion. Since then, as the economy has spiraled downward, Lebanon’s political elites have not been willing or able to form a new government committed to reform and fighting corruption, the international community’s prerequisites for supporting an IMF “bailout” program for the state. After eight months of reportedly trying to form this kind of technocratic reform-oriented government, Prime Minister-designate Saad Hariri stepped down in mid-July. His efforts were impeded by President Michel Aoun, among others, who insisted on naming a plurality of the cabinet ministers, a constitutionally questionable ploy seemingly driven by Aoun’s desire to better position his son-in-law Gebran Bassil to succeed him as president. With Hariri out of the picture, former prime minister Najib Mikati will now take the reins.

While difficult, there is a roadmap for Lebanon to extricate itself from this situation. It appears, however, that a majority of the elites remain most concerned with their own parochial interests rather than the well-being of the Lebanese people. Alas, this is not a new phenomenon by any stretch, but it is particularly disturbing given the burgeoning humanitarian crisis.

Broadly speaking, the Biden administration’s policy toward Lebanon represents continuity with its predecessor. Washington continues to provide significant humanitarian assistance to the Lebanese people, primarily via its support for the World Bank—which in January 2021 provided $246 million to fund a social safety net program for the destitute—and the World Food Program, which delivers assistance to nearly 1.5 million residents a month. The Biden administration also continues to support the Lebanese Armed Forces (LAF), which it considers an increasingly important institution in Lebanon amid the deterioration of public security. In May, the administration announced that it would increase its annual Foreign Military Financing (FMF) grant by $15 million, for a total of $120 million in FY 2021.

Most important, like its predecessor, the Biden administration continues to consider implementation of reforms the sine qua non for U.S. support for an IMF program. Lebanon has been in challenging economic straits many times before—only to be bailed out by successive international donor conferences, typically hosted by the French. While the Biden administration no doubt seeks stability in Lebanon, it is wisely thus far not willing to pay for it unconditionally. The United States will continue to provide humanitarian assistance to the Lebanese people and will eventually help the Lebanese government, but only if Beirut takes steps first to help itself.

As the Biden administration contends with the crisis in Lebanon, it will be important to keep the following points in mind:

It can and will get worse before it gets better. Even if a government was formed in Beirut today, it would take time for reforms to be implemented and for IMF funds to be disbursed and start having an impact. In any event, Lebanon’s IMF program—if and when it happens—will likely be less than $5 billion and distributed incrementally based on the government’s execution of obligations. It will not be a silver bullet. Lebanon’s recovery, even in a best-case scenario, will be measured in decades. Efforts should be made to claw back funds stolen through corruption from the Lebanese people, but the vast majority of this money is unlikely ever to be returned. Lebanese account holders will take large haircuts and will never be made whole. While this process is occurring, public security will further deteriorate. As frustrations and hunger increase, so too will petty and violent crime. The integrity of Lebanese institutions, including security organizations, will be tested. On this front, the biggest concern will be the durability of the LAF.

The LAF is problematic but nonetheless important. U.S. support for the Lebanese Armed Forces is a controversial topic in Washington. CENTCOM characterizes the LAF as among its most capable regional partners, especially in terms of counterterrorism. While the LAF is indeed committed to fighting Sunni terrorists, however, the organization periodically deconflicts, cooperates, and coordinates with the Iranian-backed Shia terrorist militia Hezbollah. Key positions in the LAF are likewise held by Hezbollah sympathizers and/or operatives. This has a broad range of implications, including that, in contravention of UN Security Council resolutions, the LAF frequently impedes the UN Interim Force in Lebanon (UNIFIL) from investigating hostile Hezbollah activities in south Lebanon. At the same time, however, the LAF is one of the few organizations still helping to maintain a semblance of public order in the state. Absent the LAF, Israel might see more Palestinian protestors attempting to infiltrate the border; demonstrations throughout the state, to some extent currently regulated by the LAF, might be more chaotic and violent.

Implications of LAF deterioration. Critics of the LAF and U.S. support to the institution frequently cite the LAF’s—and indeed the political elite’s—relationship with Hezbollah to argue for cutting FMF. This collaboration is problematic and needs to be addressed. Washington should hold the LAF to a high standard; to do so, the Biden administration should engage in a process of leveraging U.S. funding to weed out the most senior officers loyal to Hezbollah. The Biden administration should likewise condition assistance on the LAF ending its obscene practice of employing military tribunals to target Hezbollah critics at home and abroad. The institution should not be in the business of being Hezbollah’s enforcer. But to cut all funding to the LAF during the current financial crisis would be self-defeating. In addition to the public security implications mentioned above, the deterioration and/or collapse of the LAF could lead to an increase of what scholar Martin Kramer calls “superfluous young men,” i.e., unemployed military-trained people who will be tempted to seek jobs in sectarian militias.

Lebanon is not Hezbollah. To be sure, Hezbollah dominates Lebanon and will not be displaced anytime soon. The LAF will not militarily target the terrorist organization, and politicians and activists who too vocally oppose the group’s diktat are threatened or killed. The U.S. response to this dynamic should not be to leave Lebanon to become a full-fledged satrapy of Iran. As with Iraq, Washington should continue to engage with and support (to the extent possible) local actors who share U.S. values and aspire to exercise sovereignty. At the same time, as the United States helps to alleviate humanitarian suffering in Lebanon, it should continue to target Hezbollah financially. Hezbollah officials blame U.S. sanctions for the state’s economic collapse, but the vast majority of Lebanese know better; Hezbollah’s exploitation of the banking system, its corruption, its involvement in narco-trafficking, and its opposition to reform contributed greatly to Lebanon’s financial meltdown. No doubt, it’s a sensitive time to be leveling additional sanctions, but Hezbollah should not get a pass and further benefit from a crisis it has helped to create. Neither should Hezbollah’s political allies. It’s important that Washington continue to contest the space with Iran in Lebanon. As the Biden administration pursues a nuclear deal with Iran, it should toughen its approach to Hezbollah.

Sanctions remain a useful tool. Washington should persist in sanctioning Lebanese political elites, regardless of sect, who perpetuate the system of endemic corruption that has led the state to ruin. This includes designating not only Hezbollah officials, but also its political allies and others who obstruct the formation of a reform-oriented government and the implementation of reforms. The Biden administration, which prides itself on having rebuilt relations with European partners, should engage with these partners to follow through on commitments to designate Lebanese elites to help promote more productive behavior. In many ways, European sanctions are more impactful and meaningful to these actors than U.S. sanctions. Now that the Special Tribunal for Lebanon has convicted a Hezbollah member for his role in the 2005 assassination of former Lebanese premier Rafiq Hariri, Washington should press its European partners—who helped underwrite the tribunal in an effort to establish accountability in Lebanon—to designate the entirety of Hezbollah. Washington likewise has an interest in the pursuit of justice for other Lebanese victims of Hezbollah such as Lokman Slim, a longtime critic of the militia and recipient of U.S. development assistance who was murdered in February 2021.

David Schenker is the Taube Senior Fellow at The Washington Institute.