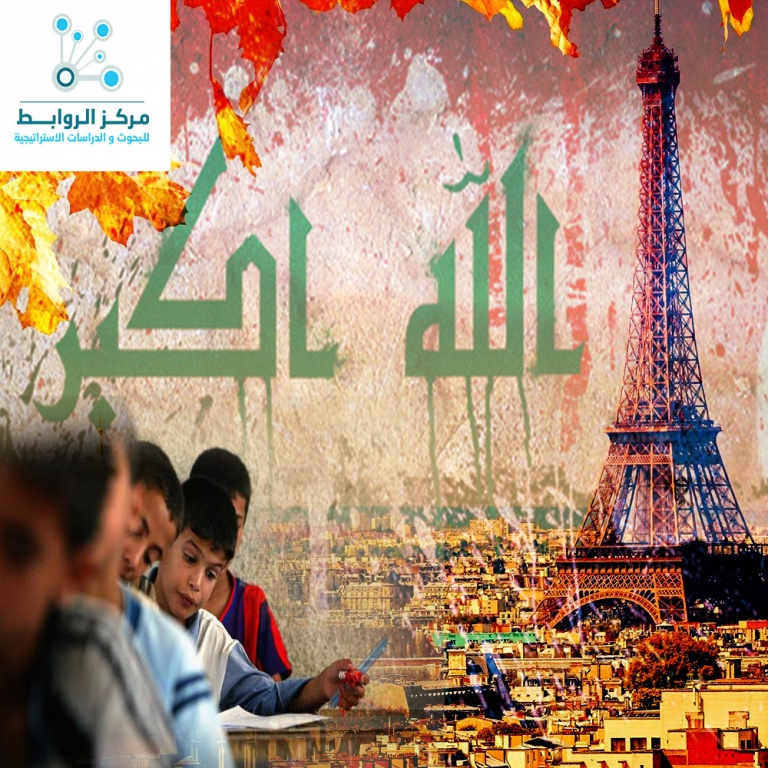 specialists, scientists and national  opinion leaders called  to stop the  Musataha contract of   Iraqi school in Paris and other property of the homeland to save the flag and students and  take them away from personal interests and trade in their future and the future of the homeland, and called on the three presidencies to intervene to stop the destruction of the inheritance and  history of the great country and the destruction of generations, if the Iraqi embassies work professionally in  preserving  of the interests of their own country and defend their rights, things will not   reach  to what it has reached  now  under the flimsy  pretext of  payment of “debt”, today  the land is given in the way of  Musataha (land development lease) and tomorrow  the school will be sold  ,    don’t  sell the history of Iraq – Iraqi school   in Paris  , not in Somalia  ,  make the corrupt contracts and gain  millions, but do not sell schools and  bear  your responsibility before God ,   homeland ,  history and citizens

Rawabet Center for Research and Strategic Studies has obtained the documents of the Mesataha contract No. (1) 2018, which was signed between the Republic of Iraq ,  the Ministry of Education, represented by the head of the school, Safaa al-Din Ali Najib, under an authorization issued by the Ministry of Education in Baghdad and between  the second party  – French Arza company   represented by Ahmed Abd ullah Assaf.
The contract was based on the decision of the Council of Ministers No. 204/2017, which includes the approval   for the  Ministry of Education to  conclude  the contract of Musataha for thirty-five years on the back of the Iraqi school in Paris, “an exception to the Sale and Rent Law of State  funds  No. 21 of 2013 Amended,” where the Republic of Iraq has a property in the French city of Paris , and  the Iraqi school is located  within it  , located in an ancient and important area where UNESCO is located.
The contract was concluded on the grounds that the school suffered debts owed  to  the Department of Social Security Receipts, which filed a lawsuit  against the school demanding payment of 546,914 euros and obtained a judgment from the French court to pay the amount. The Cabinet issued Decree No. 402 of 2017,  included  the approval on the conclusion of the Musataha contract on the back of the Iraqi school in Paris , an exception to the law of sale and lease of state funds 21 of the year 2017, amended and in accordance with the provisions of Article 40 of the mentioned  Law , to pay the debts of the school; based on what the Ministry of Education presented under its confidential letter No. 3023 and dated 8/10 / 2017.

Based on the previous decision, an official letter issued by the Ministry of Education issued on 11/3/2018 No. 5872 to the Iraqi school in Paris provides for the authorization of its representative Safaa al-Din Ali Najib to complete the procedures of concluding the Musataha contract for the back of the school on  land no. 102 for the benefit of investor Ahmed Abdullah Assaf, to pay the debts of the school for rehabilitation and maintenance, and maximize the resources of the ministry.
The signing of the Musataha contract is part of a series of corruption that   gnaws in the body of the Ministry of Education, which represents several unjustified administrative, financial    and scientific irregularities  and under unconvincing  pretexts . 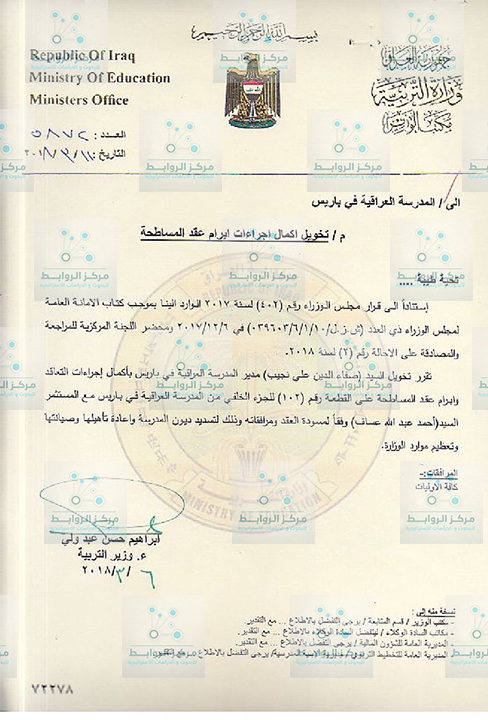 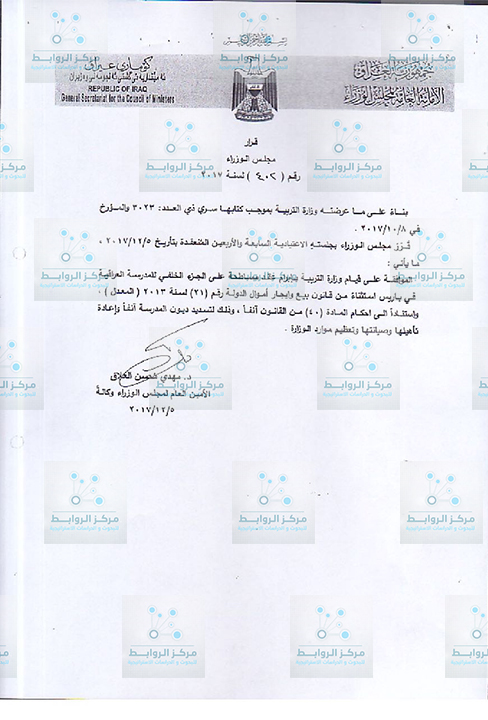 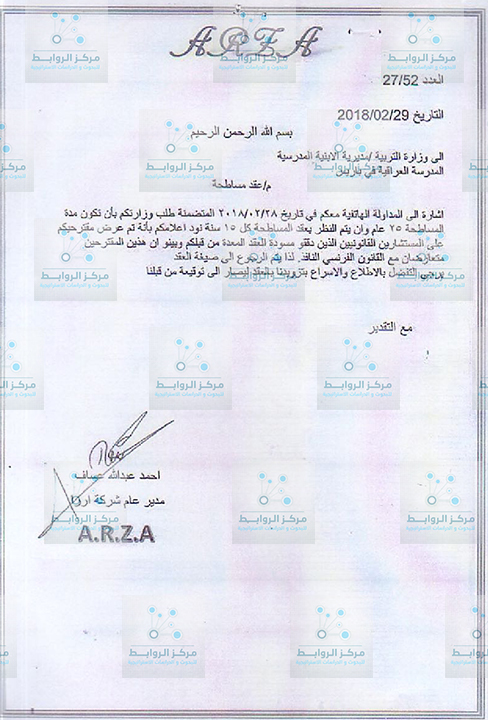 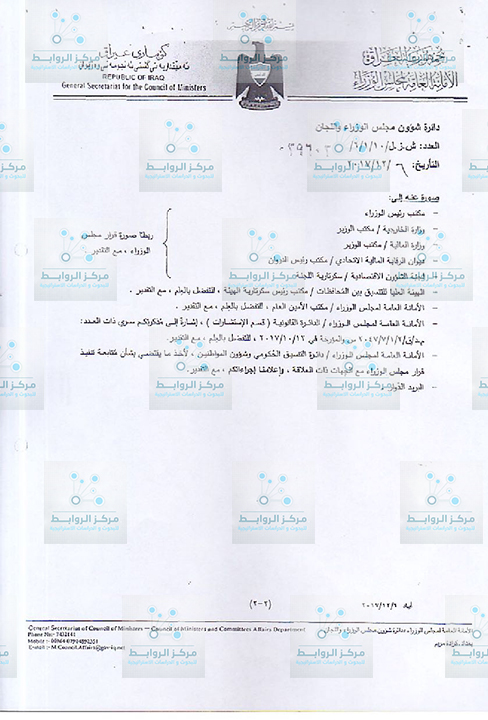 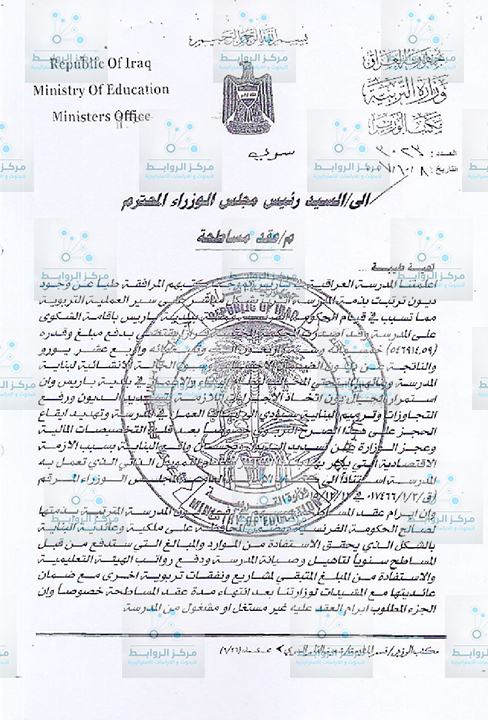 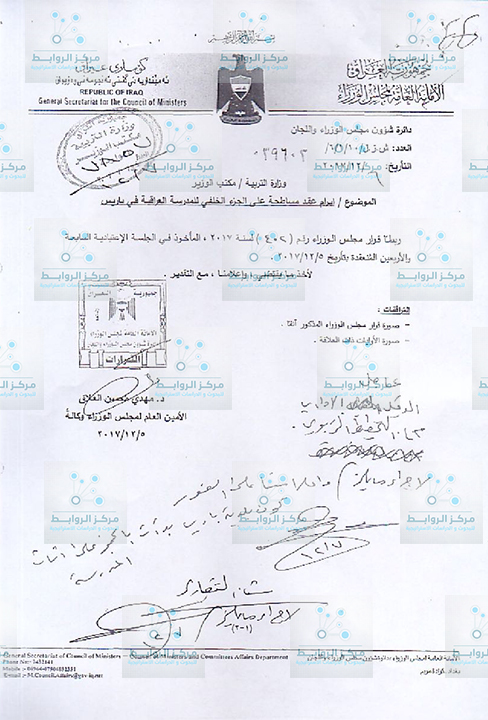 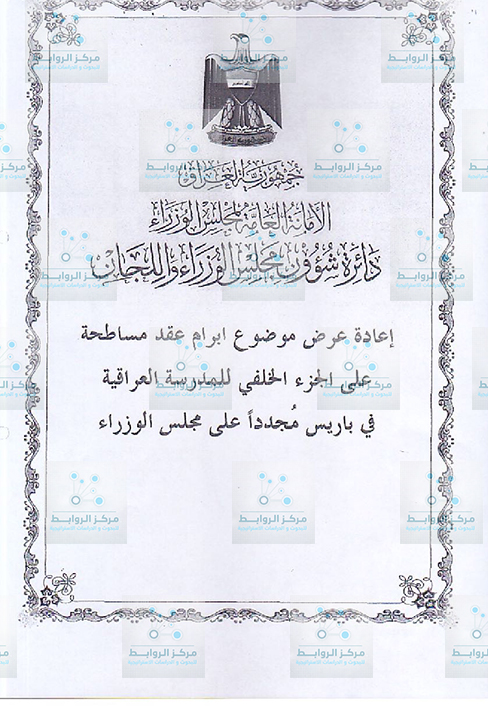 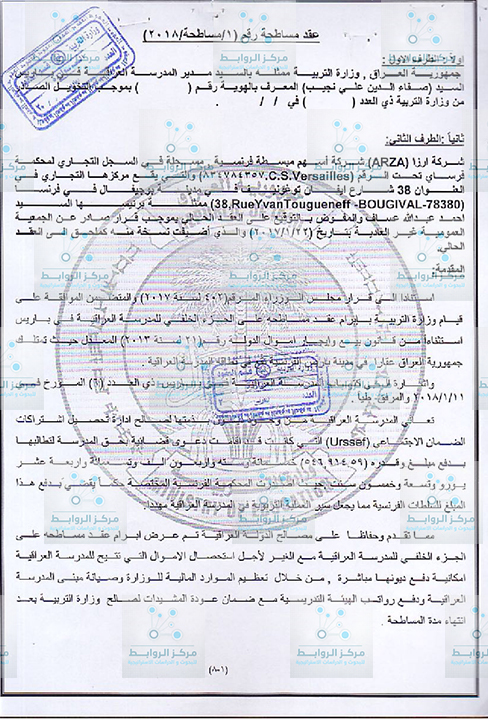 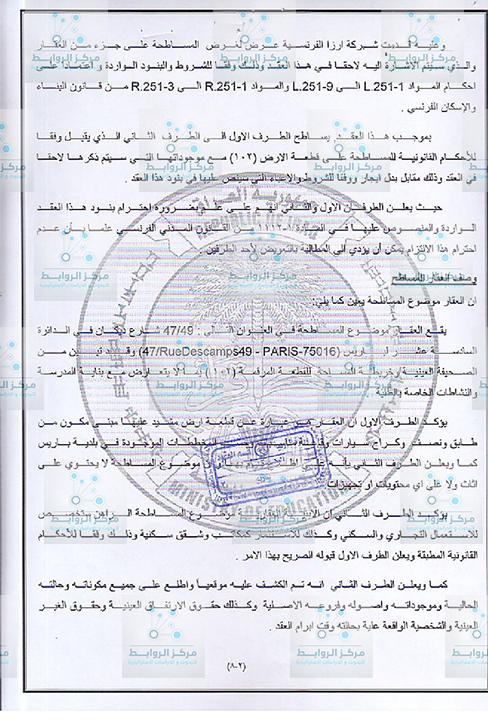 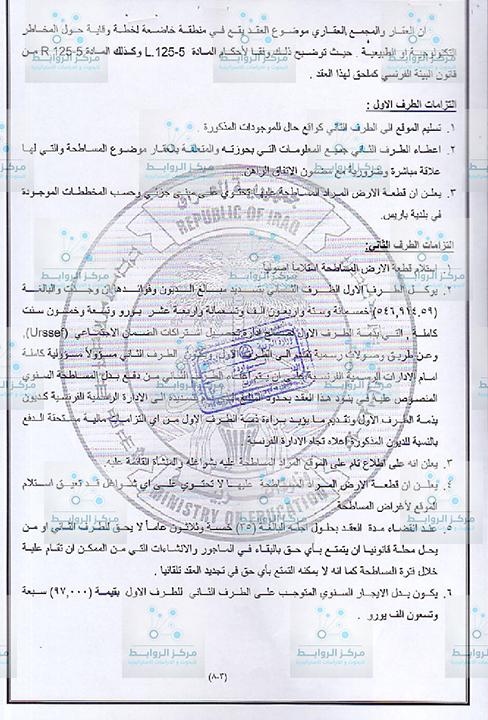 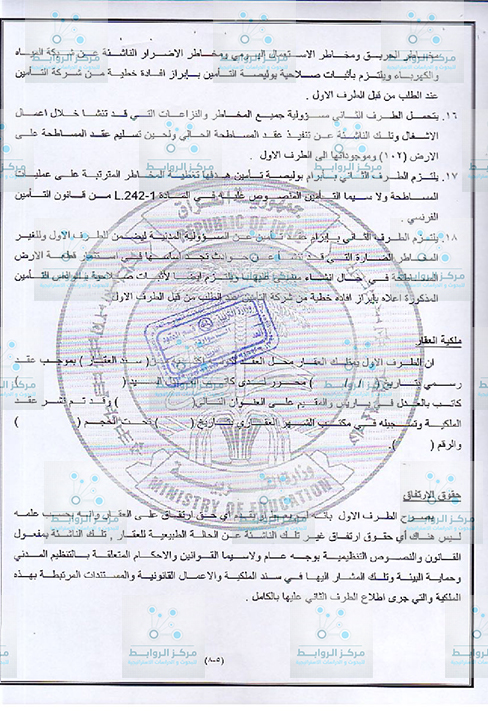 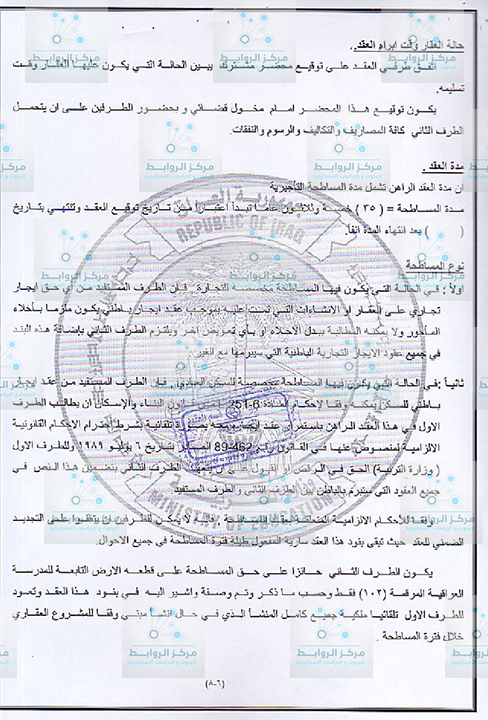 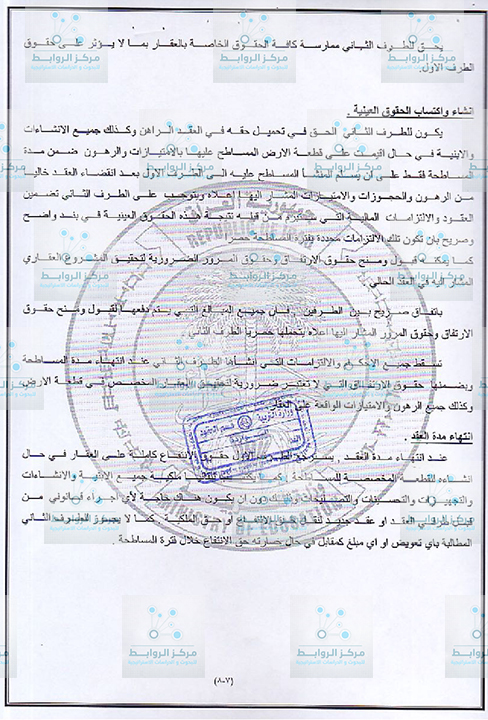 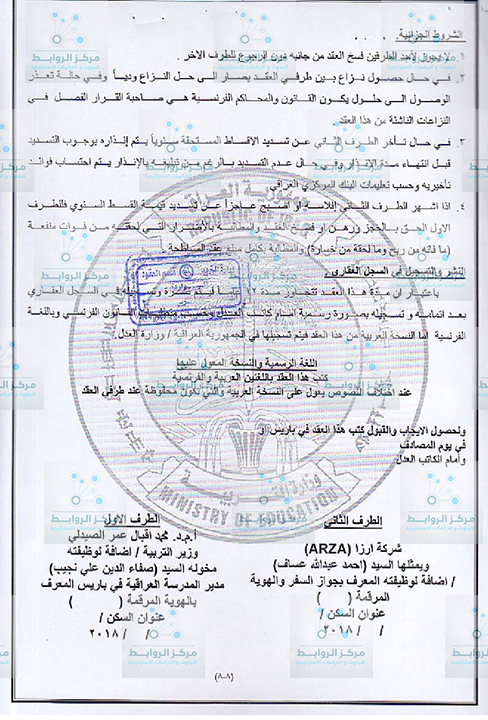