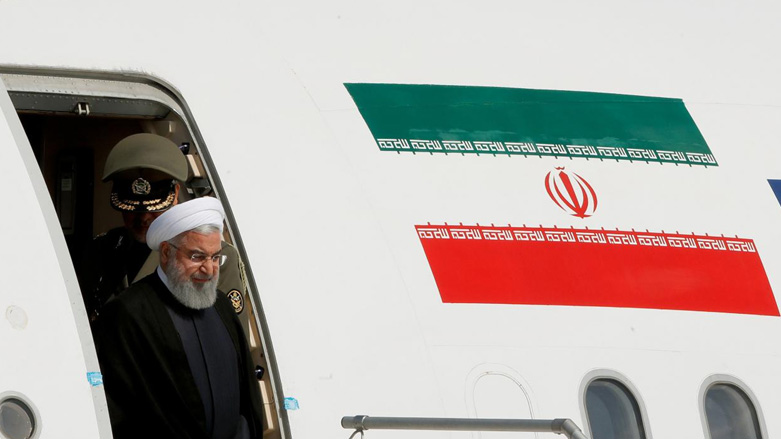 the Trump administration announced the first stage of the re-imposition of the economic sanctions on Iran that had ended with the 2015 nuclear deal.

The initial set of sanctions went into effect at midnight on Monday. They include a prohibition on Iran’s acquisition and use of US dollars, trade in gold and other metals, as well as the import into the US of Iranian carpets and pistachios.

All other parties to the nuclear deal, formally known as the Joint Comprehensive Plan of Action (JCPOA), including France, Germany, the UK, Russia, and China, object to the US decision and have told Iran they will do their best to preserve the JCPOA.

The US sanctions, dating from the Obama administration, were originally imposed in concert with those other powers. The new sanctions may still have considerable effect on Iran, despite the opposition of those governments, because the US has threatened to impose secondary sanctions on any company violating them.

Essentially, the US is saying that companies can do business with Iran or business with the US, but not both. Given the size of the US economy, almost all companies, US officials expect, will choose to retain commercial relations with the US.

Following the US announcement of its re-imposition of sanctions, the European Union’s High Representative for Foreign Affairs and Security Policy, Frederica Mogherini, issued a statement faulting Washington.

“We deeply regret the re-imposition of sanctions by the US, due to the latter’s withdrawal from the [JCPOA],” she said. Her statement was signed by the French, German, and British Foreign Ministers.

In an interview, broadcast late on Monday, Iranian President Hassan al-Rouhani said that he was willing to talk with the US, as US President Donald Trump has proposed.

“If the US government is willing, let’s start right now,” Rouhani said. “I don’t have preconditions.”

However, Rouhani then went on to explain why changes to the US sanctions were a precondition for talks!

“If somebody puts a knife in his opponent or enemy’s arm and says we want to negotiate, the answer is that they must first pull out the knife and then come to the negotiating table,” Rouhani said.

Since April, Iran’s currency has lost half its value, hitting record lows. Since December, the country has seen widespread, sporadic protests, encompassing over 80 cities.

The protestors have complained about Iran’s poor economy and corruption, as well as water shortages, as Iran experiences its worst drought in 50 years.

Some protests have targeted Iran’s aggression in the region. Tehran spends a lot of money supporting the regime of Bashar al-Assad in Syria, the Houthis in Yemen, radical Palestinian groups, and certain militias in Iraq, but many Iranians want that money used for domestic purposes—and their own needs.

US officials, as well as Tehran-based journalists from major Western media, note that the protests appear to be directed more against the Iranian leadership, than the US—a notable development in a country, where the national mood long seemed to be embodied in the chant of “Death to America.”

However, Entifadh Qanbar, an Iraqi-American and head of the Future Foundation in Washington, expressed one cautionary note.

Qanbar welcomed the tough new US measures, but he also stressed that Iran will attempt to evade them, and Iraq will be a major theater for such activity.

Qanbar warned about two sectors in particular: petroleum and banking. Iran will try to pass off oil that it is pumping as Iraqi oil and export it as such. Iran will also use Iraq’s private banking sector for money laundering.

“The biggest loophole in these sanctions will basically be Iraq,” Qanbar said, “in every possible way.”