Shatha Khalil *
Rawabet Center for Research and Strategic Studies has obtained important documents that confirm the waste of public funds, poor security control of tankers and containers and all imports of the country, since Iraq has become an importing and consuming country for almost all its needs except oil wealth, which accounts for more than 95% of Iraq’s revenues.

The decision of the Ministry of Transport to control the numbers , quantities and quality of imports into the country came through the contract of the “Inspection and Measurement” project , based on the Law of Transport 80 of 1983 and the Law of the Maritime Agencies for the year 2012 amending Law 56 of 1985 that the Ministry of Transport – department of maritime agencies according to its letter, issued on March 2016 / Technical Department / signed on 31/12/2013, with the (Iraqi company / private sector) and to start the work of the examination and measurement on 27/12/2014, and the project is international and all countries committed to the application to maintain its security and economy .
Now the contract has not been implemented and its implementation has been greatly delayed, because it is opposed to the personal interests of some of the bad people . The Iraqi Oil Marketing Company (SOMO) and some private companies objected to the work of the measurement and inspection company, and prevented them from performing their work and boarding ships. Examination and measurement, they hold a meeting, and it was agreed that the examination is optional and not compulsory. An official letter was issued by the rapporteur of maritime sector under the 106th meeting on June 15, 2015. The examination should be optional and not compulsory, only upon the legal request of one of the two parties.
This is confirmed by a letter issued by the Ministry of Transport and the decision of the Minister of Transport on 14/5/2017 No. 3878 to all the offices of the maritime agencies, to stop the work of the experts of measurements starting on Friday 11/5/2017 and by signing the Acting General Director / Abd al-Kareem Kenhal Ali.
A letter was issued by the Ministry of Transport / General Inspector / Investigation Section No. 1253 in 2017/2/28, in which he requested activation of the work obligatory . The work was carried out on 22/4/2017, but a telex came from the General Company of Ports, based on its former minister , to stop work on 14/5/2017.
However, in a previous book entitled “Recommendations of the Committee” dated 16/3/2017, No. T / 235, and stamped by the Ministry of Transport No. 3237 on the same date, it is worth mentioning that the examination of ships and vessels is a universally agreed and applicable law because these ships and vessels are entering regional waters, representing State security and its economy, but the margin of the Inspector General , ” Qaisar Ahmed Okla,” wrote notes over the letter, and believed that the examination must be optional and not compulsory, and it is likely that the ship has a certificate of permission from the country that left , “He said.
Among the documents available at the Rawabet Center for Strategic Studies and Research is also a letter from the head of the Basra Governorate Council to the General Company for Maritime Transport, on 15/11/2018, requesting the monitoring of exported and imported quantities from petroleum products, liquid gas and various loads , loaded on board ships in Iraqi ports, the measurement of quantities for all ships and floating boats , to ensure the accuracy and integrity of information and service for the public interest .
The reply came within the number 12802 dated 27/12/2018. The Department of Maritime Agencies and the Ministry of Transport. The imported and exported quantities for October 2018 for all ports amounted (270747788) tons, including the exported and imported fuel and all miscellaneous cargo including containers.
According to the latest letters issued by the Ministry of Transport – the General Company for Maritime Transport, in No. 11689 dated 21/11/2018 to the Office of the Minister required to re-work the project of measurement experts, noting that the legal period of this contract expired in 2019/1/5”

Economic importance of the project:
Basra is the heart of the Iraqi economy. It has five active commercial ports, most of which are the port of al-Maqal ,near the city center, the largest of which is the port of Umm Qasr, which was divided in 2010 into two ports, one north and the other south. The governorate also contains two border crossings, Safwan with Kuwait, and the port of Shalamjah with Iran, but the financial and administrative corruption make them do not enjoy with their resources.
In Iraq, the project of measuring experts is a national economic security, in order to control the incoming and outgoing ships of the country, and to determine the quantities of cargo to and from the ports, and not to manipulate and cheat with the specifications, and the quantities calculated by the examiners with the Manifest and the documents submitted by the captain of the ship to the concerned authorities, in order to control of cargo quantities and its quality through coordination between ports and customs in terms of security.
As for the regulatory bodies, the Integrity Commission asserts that compulsory inspection is very important for all liquid, dry and various loads. The lack of inspection led to its objections to the work of the maritime transport company due to the manipulation of the quantities loaded on the ships and the tax evasion paid to the state, it means the outbreak of financial and administrative corruption in the ports, according to their book No. M / N / 11/986 in August 2015.

Mechanism of action for measuring experts:
When the ship is docked , official documents are requested , and the cargo, then the measurement is done according to the type of the ship and cargo , for example, the cargo of fuel is measured in the form of ullges or sounding, depending on the documents issued from the origin, the temperature at the time of measurement, and requires sampling and laboratory testing, but the unloading and loading operations are disrupted . Container ships are calculated according to the loading plan and are compatible with the loading method (column row). The vessels that require the calculations of the submersible are the casting and miscellaneous vessels, after which a certificate is issued to the vessel and another to the agencies office in the port where the ship docked and copies to the concerned bodies.
and the implementation of the project of measurement experts, and based on the general national interest and support of the security side, and to prevent the manipulation of quantities loaded on ships and tankers and floating maritime units (Manifest / bill of lading ), and non-conformity with the actual supplied cargo , that is preventing violations and abuses.

And that “the manipulation of types, sizes and quantities of goods, very easy, as the failure to open the majority of containers to examine the materials inside of them, and the amount of toxic substances and expired medicines and miscellaneous forms of drugs, entered the country, because of poor oversight and financial corruption and bribes, which reached hundreds of thousands and perhaps millions Of dollars.

The types and models of the various types of incoming vehicles are also manipulated in contravention of the instructions issued or introduced as spare parts. This operation or any other manipulation can not be carried out without the consent of the various offices located inside the ports. 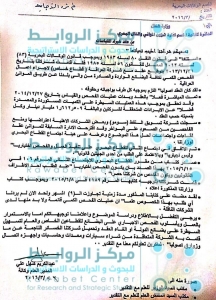 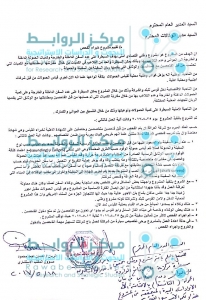 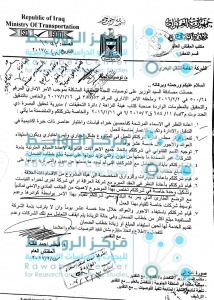 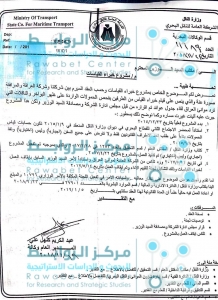 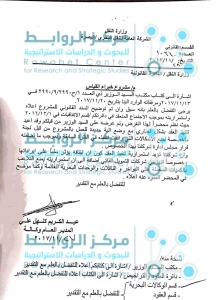 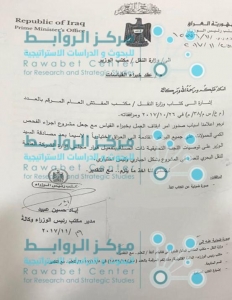 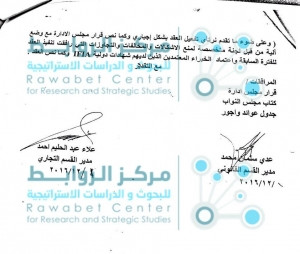 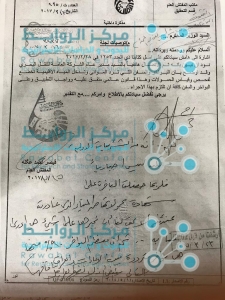 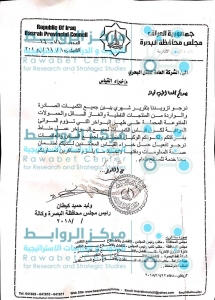 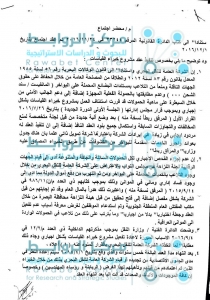 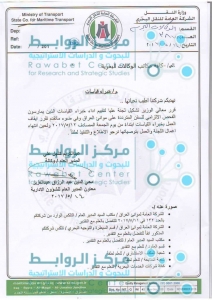 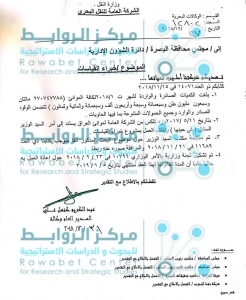