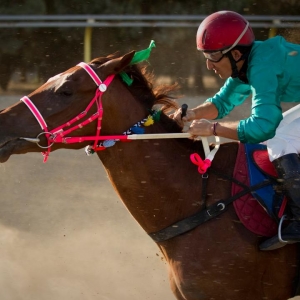 Recently, a viral music video named “Tehran Tokyo” has been causing controversy in Iran. Sasy, the pop singer behind the video, is well established in the country—his songs are among the most popular with Gen Z Iranians at home and abroad, who seem to favor his mix of provocative slang and anti-establishment slurs enough to give him millions of views online. And like most of his macro-influencer peers, he relies on sponsors who pay for his production costs in return for views and online chatter about their products.

River Poker and Currency Access
Besides being a provider of illegal gambling services, River Poker is notable for accepting bitcoins, e-money, and fiat currencies from all over the world at a time when the Iranian regime badly needs access to cash. The fact that it enables bitcoin deposits and withdrawals inside Iran makes it a particularly attractive avenue for corruption. Gambling sites are well known as a way to launder illicit cryptocurrency worldwide, and the Islamic Republic is no exception. In all likelihood, citizens involved in such activity are using River Poker to launder their illicit funds into “clean” coins and/or currency, making the site and similar apps an “Iranian Las Vegas” of sorts.
Even apart from potential laundering, River Poker has become one of the most popular betting sites among young Iranians precisely because it enables users to deposit and withdraw money in the form of cryptocurrencies and electronic vouchers such as Perfect Money, giving them access to U.S. dollars and numerous other foreign currencies. And like hundreds of other online Farsi poker sites based in other countries, it allows them to conduct such transfers from their Iranian bank accounts.

Are Regime Authorities Complicit?
Given the nature of the Iranian regime, this rise in online gambling and slick videos advertising it is eyebrow-raising at the very least. In private communications with the author, experts who have deep experience dealing with the country’s financial sector note that local banks are often several steps behind individuals who engage in unregistered crypto trading activity. In general, however, regime authorities are heavily involved in monitoring both the banking sector and domestic online activity, regardless of how interested or capable they may be in terms of monitoring specific transactions linked to illicit activity. So one of two conclusions seems inescapable: when a popular website like River Poker openly enables gambling transactions to and from domestic banks, the regime is either choosing to tolerate this activity or is actively complicit in it, perhaps as another avenue for laundering funds while under international sanctions and financial restrictions.

To connect with Iran’s banking system and maintain accounts there, any business with such a high volume of transactions must pass the regime’s thorough vetting process. Yet a simple web search for “play poker on Iranian websites” generates a long list of gambling providers that are openly connected to banks in Iran despite being illegal there. One might naturally question why the regime is seemingly allowing this “hiding in plain sight” industry to proliferate, and whether Tehran is benefitting in any direct way.

Iran was not always open to cryptocurrency trade, with authorities formally banning it in 2016. Two years later, the domestic online gambling industry emerged and quickly flourished against the backdrop of a global crypto boom. Soon thereafter, the Central Bank announced plans to regulate crypto trading.

Meanwhile, the banking system introduced an integrated online credit card service called IraniCard, a “private” company with an alliance of twenty-four domestic banks, some operated by the Islamic Revolutionary Guard Corps (IRGC) or its affiliates. Since lifting the ban on cryptocurrencies, the government has been planning to use bitcoins in domestic and international transactions—now, all an Iranian needs for that purpose is an ATM card and an account on the IraniCard network.

These institutional changes and networks raise the possibility that the IRGC and other regime elements are using sites like River Poker as yet another money laundering tool, exchanging bitcoins for rials and vice versa. At the very least, the banking system and government regulators are looking the other way as hundreds of thousands of Iranian clients engage in gambling transactions deemed illegal by the regime—a situation that should raise red flags in Washington given the high risk of money laundering and fraud by individuals and entities who are subject to U.S. sanctions.

Although the amount of money being transferred back and forth by these websites is unknown, other details are well established, including the fact that most of the claimed 3,500 Iranian gambling sites are managed or promoted by Iranian dual citizens residing in Turkey, according to a 2020 report by Fars News. Most of these individuals do little to hide their identities; in fact, they often post openly on Instagram and other social media outlets to attract more clients. At times, such promotional activity has led to backlash against these influencers, with users of some sites claiming that their poker accounts were suddenly disabled or emptied of thousands of dollars’ worth of credit. Yet any Iranian users who find themselves in this predicament cannot file a formal complaint, since admitting to being a client of an illegal website could put them at risk of getting fined or otherwise punished. In theory, then, the Iranian underground gambling industry and any regime elements involved in it could be manipulating user accounts with relative impunity.

Apart from potential manipulation, the industry’s growth inside Iran is certainly serving owners and sponsors well, while also helping the regime make cryptocurrencies more mainstream by incorporating them into a popular online service. These indirect benefits alone merit U.S. attention, especially when combined with the high likelihood that the IRGC and other regime entities are involved in the industry and reaping direct benefits via money laundering and other crimes.

Accordingly, the U.S. government should urge Apple, Google, Amazon, and other app providers to remove all Iranian gambling services from their stores and cloud services. Authorities should also warn Iranian-U.S. dual citizens involved in the industry and U.S. celebrities who promote it that they could be subject to legal action related to U.S. sanctions if they continue with such activity. One way to convey this message is via media projects and other initiatives that shine a light on the extent of money laundering schemes and the dangers of participating in them, even unknowingly. Lastly, U.S. authorities should work closely with their Turkish counterparts to determine which parts of the online gambling and banking network are tied to money laundering inside and outside Iran, dismantling any entities found culpable.