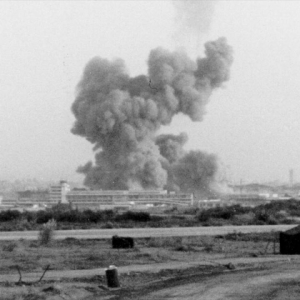 The cascade of crises in Afghanistan has left many Americans wondering if our credibility on the world stage has suffered a mortal blow. Not since the fall of Saigon and the ignominious evacuation of the last Americans in 1975 has the United States been so vulnerable to fundamental questions about America’s reliability, about whether friends and allies will ever again be able to count on U.S. commitments. Before we draw definitive conclusions, however, a little perspective is in order.

Vietnam, cited so often in recent days, was undoubtedly a debacle. But it did not spell the end of American leadership on the world stage, nor did it lead others to believe they could not depend on the United States. And since then, there have been many other geopolitical challenges and top-level decisions (or lack thereof) that have cast doubt on American credibility. They did not, however, lead to a waning of American influence.

During the Carter administration, the Iran hostage crisis—marked by a failed rescue mission—dragged on for more than a year as the rest of the world witnessed American impotence. Following the loss of 241 Marines in the 1983 Beirut barracks bombing, President Ronald Reagan vowed to make the perpetrators pay. Within a few months, however, Mr. Reagan withdrew all forces from Lebanon. The United States never retaliated for the bombing.

During the Clinton administration, terrorists bombed the Khobar Towers in Saudi Arabia, killing 19 U.S. airmen. Despite tough talk and access to information that implicated Iran, the United States didn’t retaliate then, either.

President George W. Bush and the invasion of Iraq are a story unto themselves. The invasion lacked legitimate justification: There never were any weapons of mass destruction. The United States also failed to sufficiently fill the leadership vacuum following the removal of Saddam Hussein, contributing to a sectarian conflict and the subsequent creation of ISIS. President Barack Obama drew a red line on the use of chemical weapons in Syria and failed to react militarily when chemical weapons were, in fact, used against Syrian civilians.

And with President Donald Trump, the examples are almost too numerous to mention. A choice two include frequent threats to pull out of NATO and an impulsive decision to withdraw from Syria (that was partially walked back by his advisers).

Each of these examples damaged American credibility worldwide, although not necessarily to the same extent. But countries continued to ask for—and offer—support. Despite the messy exit from Kabul and the devastating bombings at the Kabul Airport, Afghanistan will be no different. Partners and allies will publicly decry American decisions for some time, as they continue to rely on the U.S. economy and military. The reality will remain: America is the most powerful country in the world, and its allies will need its help to combat direct threats and an array of new, growing national security dangers, including cyberwar and climate change.

That does not mean that the United States can dismiss the costs of its mistakes in Afghanistan. But it does show that America can recover.

President Biden declared: “America is back.” Going forward, it will be important to show that the United States is not walking away from its responsibilities, that it will not brook challenges. Instead, America needs to reaffirm its commitments.

To begin, the administration must start by completing the evacuation of Afghanistan. It’s important to succeed not only in evacuating all Americans but also in evacuating those Afghans who worked with us and are now at risk. We are morally obligated to them.

As of now, President Biden plans to stick to the Aug. 31 withdrawal deadline, saying that each day of operations in Afghanistan “brings added risk to our troops.” The deaths of American Marines on Thursday prove he is right.

Still, the administration should consider extending the Aug. 31 deadline, despite the very real risks of staying longer. America’s duty is to oversee a safe withdrawal. An artificial deadline should not take precedence over that or hurry us into mistakes. The United States has the means to pressure the Taliban to accept a limited extension and to permit and safeguard continuing evacuations even after American forces leave. The United States can continue to politically isolate the Taliban and keep frozen the billions of dollars in Afghan assets that the Taliban want and need. Mr. Biden can make clear that the United States will get out but that it needs more time. It is in the Taliban’s interest to facilitate the U.S. exit.

Second, the administration must discuss a long-term plan for the greater Middle East with European allies and other regional stakeholders. This is not the time to shift forces out of the area, including those in Iraq and Syria. The United States cannot allow ISIS or other armed organizations to regroup. Instead, the United States must clearly explain American aims in the Middle East, what America will be prepared to do to fulfill them and the roles it needs its allies to play.

Third, the administration must respond to enemy attacks or challenges to international norms with strength and conviction. Its message to the world must be clear: U.S. forces and allies cannot be attacked with impunity. Mr. Biden’s retaliatory unmanned airstrike against an ISIS-K planner Friday to avenge the airport bombings was a good first step. More actions against those who attack or threaten the U.S. and its partners will be needed to drive home the point.

It’s easy to despair over the idea that the U.S. withdrawal from Afghanistan has forever doomed American credibility. Undeniably, the United States has paid and will likely continue to pay a high price in Afghanistan. But it can recoup, just as it has before.