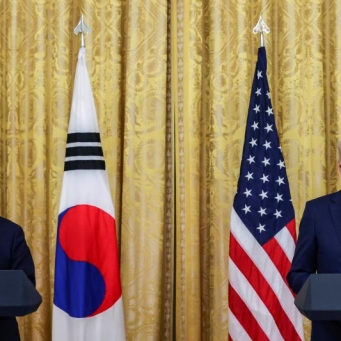 Change is underway on the Korean Peninsula. At the Eighth Korean Workers’ Party Congress in January, North Korean leader Kim Jong Un orchestrated a decisive shift in the country’s bedrock economic and military policies. He moved away from his father’s “Military First” principle (Songun), which gave precedence to the Korea People’s Armed Forces, and supplanted it with an ideology of “People and Masses First” (Inmin Daejung Jaeil). This reorganization of North Korea’s system of governance empowers the ruling party at the expense of the KPAF, supporting Kim’s perpetual quest for power consolidation. More important, it sets the stage for efforts to resuscitate North Korea’s dying economy.

The recent level of restraint by the North Korean military has been an equally important change. During the October 2020 military parade, the KPAF showed off the Hwasong-16, its newest intercontinental ballistic missile—but did not accompany its presentation with any aggressive rhetoric or direct mention of the United States. This stands in stark contrast to its last parade, in September 2018, where, like parades before it, several tanks displayed the slogan: “Destroy the U.S. Imperialist Aggressors, the Sworn Enemy of the DPRK!”