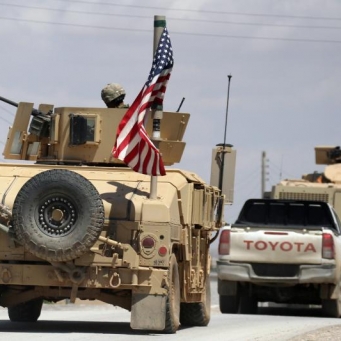 In recent weeks, Washington’s Middle East watchers have been abuzz with talk of U.S. President Joe Biden’s ongoing Syria policy review. During its first months in office, the Biden administration’s approach to Damascus has been notably cautious; unlike his predecessors, Biden has yet to appoint a high-level Syria envoy or to sanction a single person or entity connected to Syrian President Bashar al-Assad’s authoritarian regime. But even though Biden would clearly prefer to pursue other foreign policy goals, Syria will increasingly demand his attention.

The decadelong Syrian conflict began as a popular uprising against Assad’s rule before morphing into a civil war dominated by U.S.-designated terrorist organizations. Today, it has become a truly global battlefield, where military forces from five countries—Iran, Israel, Russia, Turkey, and the United States—conduct operations against different foes in pursuit of disparate goals.

Meanwhile, it has become clear that Assad will stop at nothing to keep his rickety regime in power. His government’s brutal tactics have forced half of all Syrians from their homes: 6.6 million are now refugees in other countries, and an additional 6.7 million are internally displaced and wholly dependent on international aid. Yet