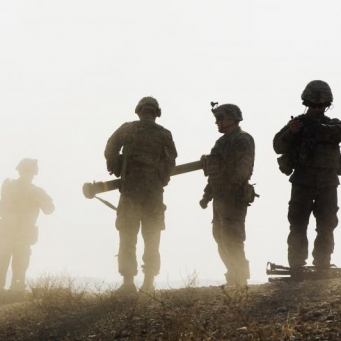 In 2008, I interviewed the United Kingdom’s then outgoing military commander in Afghanistan, Brigadier Mark Carleton-Smith, in a dusty firebase in Helmand Province, where international troops had been battling the Taliban on a daily basis for territory that kept slipping away. The war in Afghanistan could not be won militarily, Carleton-Smith told me. He was the first senior coalition military officer to say so publicly, and the story made the front page of the British Sunday Times. U.S. Defense Secretary Robert Gates promptly denounced Carleton-Smith to the news media as “defeatist.”

Thirteen years on, U.S. President Joe Biden appears to have reached the same conclusion as the British brigadier. In April, Biden announced that the United States would pull all its remaining troops out of Afghanistan by the 20th anniversary of 9/11, ending what he referred to as “the forever war.” But by now, such a withdrawal was all but a foregone conclusion: the Taliban had proved a stubborn enemy that was not going anywhere and that indeed controlled close to half the country’s territory.