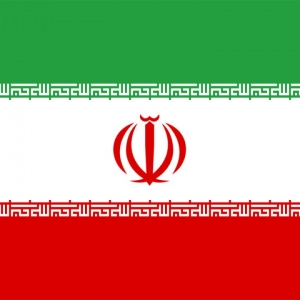 Since the fall of Kabul—and well beforehand—Iranian officials have signaled how they might use a Taliban victory to further their goals in the Middle East, though they remain concerned about the fate of Afghan Shia.

Based on official statements and media coverage so far, the Iranian regime seems pleasantly surprised by the sudden collapse of nascent liberal democracy in Afghanistan, with commentators expressing cautious satisfaction at the Taliban takeover and the chaotic final days of the Western-supported government. In 1998, Iran almost went to war with the Taliban after years of arming and financing the group’s local opponent, the Northern Alliance. And as late as 2015, Supreme Leader Ali Khamenei was still referring to the Taliban as a “bunch of cruel, fanatical mercenaries who know nothing about Islam or international norms.”

Today, however, senior Iranian figures such as Foreign Ministry official Rasoul Mousavi are readily calling the group the “Islamic Emirate,” the Taliban’s preferred name, and state media are portraying it as a revamped movement. Meanwhile, new president Ebrahim Raisi shed no tears for the ousted government, instead calling the U.S. “military defeat and withdrawal” an opportunity for all Afghans to achieve lasting peace. What is behind this shift, and what implications does it hold for Iran’s near-term policy in Afghanistan and beyond?

Damaging U.S. Interests While Safeguarding Iran’s
Well before the recent public rebranding, Iran was apparently working behind the scenes for months to reap benefits from the final episode of the long war, including assurances about the safety of Shia Muslim co-religionists in Afghanistan. For example, Tehran did not express concern when Herat and its sizable Shia community fell to radical Sunni Taliban fighters on August 15, perhaps indicating that a deal had been struck with the group beforehand. According to Iran’s state-affiliated Tasnim News Agency, Taliban officials recently reassured Tehran that Afghan Shia could pursue their religious activities freely and safely, including the ongoing Muharram ceremonies that culminate in the holy day of Ashura. Yet new social media videos from Herat showed Taliban fighters disrupting such proceedings.

Iran’s tilt toward the Taliban and away from the pro-Western Afghan government is nothing new. For the past two decades, Khamenei has been careful to dismiss America’s role in the group’s original 2001 defeat while calling for the country to establish an independent and deeply Islamist regime—which the Taliban once again seems bent on doing today. Then, after years of dismissing the Taliban’s legitimacy, he suddenly stopped excoriating the group in 2015. Whatever his reasons, he has since focused on promoting resistance against American “evildoing” in Afghanistan, repeatedly making analogies between the Afghan, Syrian, Iraqi, and Yemeni “resistance.”

At the regional level, the emerging situation in Afghanistan is adding a huge element of uncertainty for U.S. policy in the Middle East, and Iran will likely exploit that by encouraging its numerous local proxies to increase their activity in the coming weeks and months. It may even attempt to recruit the Taliban into its “axis of resistance,” which in practical terms could entitle the group to fuel shipments, money, and advanced Iranian-made arms. Tehran has already provided some arms—when Supreme National Security Council secretary Ali Shamkhani visited Kabul in December 2018, he reportedly told the Afghan government that Iran was supplying the Taliban with light arms.

Throughout its cross-country offensive, the group has also been seizing large caches of advanced U.S. weapons worth billions of dollars. Some of those weapons may now end up in the hands of Iranian forces, proxy militias, or terrorist groups. In return, Tehran might offer to help the Taliban maintain its seized arsenal in operational condition.

What Role for Iran’s Afghan Militia?
Before the latest dramatic developments, the Iranian proxy militia Liwa Fatemiyoun—comprising thousands of seasoned Afghan fighters who have helped prop up Syria’s Assad regime since 2012—was expected to take an active part in countering a potential Taliban takeover, at least in the Shia regions of Afghanistan. On August 12, however, the militia denied rumors that any of its forces had been or would be deployed to Afghanistan; the statement also cheered the U.S. withdrawal and derided Afghan liberal democrats.

Yet this denial need not be taken as the gospel truth. Fatemiyoun members would hold immense intelligence collection value for Iran’s Qods Force if Tehran deployed them to Afghanistan, so it seems highly plausible that some of them are operating there amid the current chaos. Notably, though, such activities would still constitute significant restraint compared to the major opposition that Iran organized in Iraq several years ago to counter the Islamic State—a Sunni jihadist group that shares many ideological similarities with the Taliban. Withholding a large-scale Fatemiyoun deployment might also be Iran’s way of preserving the unit as a valued military and political asset for use in future Afghanistan plans.

Conclusion
As the dust settles and the situation on the ground becomes clearer, Iran can be expected to reconfigure its approach to Afghanistan in whatever manner it believes will make the most out of the collapse. In addition to pursuing relations with the Taliban, this will likely mean pressuring the United States and its partners with increased determination and confidence, particularly in Iraq, Syria, and Yemen.

Tehran will also presumably reexamine its old plans for cross-border military action in Afghanistan, mainly to ensure that its forces are prepared to fight the Taliban if existing arrangements or future accords with the group falter. Iranians will never see the Taliban as a natural ally—anti-American affinities aside, they remain ideological competitors with historical resentments toward each other. Relatedly, Iran will keep a closer eye on its own Sunni population in provinces bordering Pakistan and Afghanistan, especially after top Iranian Sunni cleric Molavi Abdolhamid Ismailzahi openly congratulated the Taliban on August 17. The regime may also be worried about a surge in drug trafficking from Afghanistan given the Taliban’s heavy involvement in such activity in the past.

At the same time, there are logical reasons to expect an Iranian-Taliban alliance, even one limited to the tactical level. After all, Shia-Sunni differences have not stopped Iran from forming close relations with similar groups (e.g., Hamas and Palestinian Islamic Jihad), so long as they share common enemies. Partnering with the Taliban could meet several Iranian interests: keeping even more extreme groups at bay (e.g., the Islamic State); establishing closer economic and political relations with those who run Afghanistan; and, perhaps, enabling Iran to access Shia-majority regions as far away as Gilgit-Baltistan, a strategic portion of Kashmir that connects with Afghanistan and China.

As for al-Qaeda, it remains to be seen whether the regime will allow senior members of the group currently residing in Iran to relocate to Afghanistan. In light of that possibility and other security risks, the United States needs to ensure that sufficient intelligence, surveillance, and reconnaissance capabilities are focusing on Afghanistan and its border with Iran and Pakistan around the clock—a requirement that will place even more importance on existing U.S. bases in the Middle East.

Farzin Nadimi is an associate fellow with The Washington Institute, specializing in the security and defense affairs of Iran and the Gulf region.