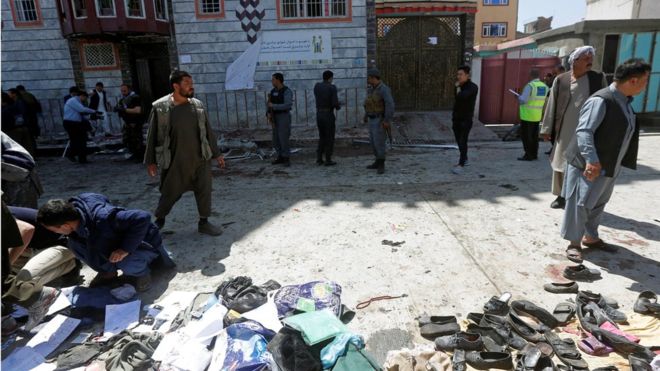 A suicide attack at a voter registration centre in the Afghan capital Kabul has killed at least 31 people, officials say.

More than 50 others were injured in the blast which hit a crowd waiting at the entrance to the centre.

The Islamic State group (IS) has claimed via its Amaq news agency that it carried out the attack.

Voter registration began this month for legislative elections which are due to take place in October.

The Amaq report said that a suicide bomber wearing an explosive belt targeted the centre, which is in the Dashte Barchi area of western Kabul.

There have already been at least four attacks on such centres since voter registration got under way.

Security remains a major problem in the country.

Afghanistan’s interior minister told the BBC earlier this year that both the Taliban and IS were targeting civilians to provoke people against the government and create chaos.