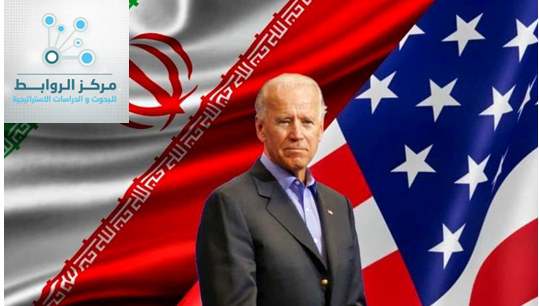 The verbal and media confrontation between Washington and Tehran began to be clear, after US President John Biden received the reins of the US administration, and the escalation of the Iranian political rhetoric, which Iranian officials began effectively when they raised the ceiling of their political and economic demands if Washington thought about starting negotiations over the nuclear program and the issue of ballistic missiles for a long time. Ali Shamkhani (Secretary General of the Supreme National Security Council of Iran) statement that demanded the US to completely cancel the sanctions came as the only option for its return to an agreement with financial compensation for the period of economic sanctions imposed by Trump’s administration on Tehran and to apologize for the assassination of Qassem Soleimani.

These political and economic conditions with which the official in charge of Iranian security policy who is close to the Supreme Leader Ali Khamenei and the one who directs Iranian policy in its relationship with the American administration and the Europeans, spoke about the true extent of the field method that the ruling regime will follow in Tehran, and that he is still thinking about the formula of direct confrontation, moving away The policy of prudence, wisdom, rationality and a strategic outlook in dealing with the sanctions imposed on it, the state of turmoil and the loss of political balance in finding ways and means to begin to continue negotiations with the new US administration and agree with it on a new formula that would restore the regime to its relationship with the countries of the world and its natural resources export.

These statements and conditions coincided with what Ali Khamenei said that he considers that long-range missiles are part of defending Iran’s national security and that Iranian influence in the region is one of the foundations and constants of the Islamic revolution, and in the face of these Iranian rumors, the decisive response came from the administration of President Joe Biden and in the words of Foreign Minister (Anthony Blinken) when he indicated that Washington will not return to the nuclear agreement unless Iran fulfills its obligations, and that resuming dialogue with Tehran will take time).

It is known to us that US President Joe Biden is fully aware of the problems and crises in the Middle East region since he worked in charge of foreign relations in the US Congress at the beginning of the nineties of the last century, then he assumed the position of Vice President for eight years in which he worked with President Obama, which gained him experience A field and realistic vision of the nature of dealing with this important and sensitive region in the balance of American interests on the international and regional level, specifically the behavior and orientations of the Iranian regime and the expansion goals of its policy towards the Arab world and the Middle East region, and the systematic policy pursued by this regime in continuing its interference in the internal affairs of many capitals of Arab countries, Its hegemony and influence in (Iraq, Syria, Lebanon, and Yemen) and the nature of the path adopted by Iranian policy in the face of many regional issues surrounding it, especially with Russia, China and Turkey, and what the recent events in Azerbaijan and Armenia are nothing but clear evidence of the nature of the political vision adopted by the Iranian regime and its endeavor to have Presence and influence in all international and regional issues surrounding it

In light of these facts and events, it is possible to look at them from several angles and within a phased vision that includes the following:

1. The US policy towards the Middle East will be affected by the many events that accompanied President Trump’s administration and its knowledge of the field complexities that control the nature of political paths in the region, including the relationship with the Iranian regime.
2. The US administration seeks to discuss the issue of re-negotiations on the Iranian nuclear program, but within the contexts defined by the sanctions imposed on Tehran, with the participation of its European partners and its Arab allies, especially in the Arab Gulf region.

3. Defining the behavior and orientations of the Iranian regime that targets the state of security and stability in the Middle East and the Arab world, and seeks to spread chaos and security obsession by continuing the policy of interference in internal affairs, and the US administration will have a clear stance that rejects this policy.

4. The US administration continues to confront, encircle and limit Iranian influence in many capitals of the Arab countries and prevent its militias and proxies from working and influencing the political decisions of those capitals, particularly in Iraq, Syria, Lebanon and Yemen.

5. The Iranian regime is aware of the nature and reality of US interests in the Arab region and its relationship with its allies and partners, and for this it has worked to define the concept of Iranian national security, considering that discussing the issue of developing long-range ballistic missiles is part of its security and it is a red line that cannot be returned or negotiated.

6. The political vision of the “Revolution of Iran” is still embodied by the conversations and approaches of Ali Khamenei by asserting that his country’s intervention in the Arab region achieves stability and aims to prevent unrest and it is an inevitable and continuous intervention, and this is what the US administration know and will work to confront these challenges on the ground through the negotiation process and adhere to the constants mentioned in the political and economic sanctions.

7. The Iranian messaging policy is still continuing its orientations and presenting the capabilities and military threats in continuous maneuvers, considering that any change that takes place in the world is a victory for it, just as Iranian President Rouhani talked about President Trump not winning, considering it a victory for Iran.

The US approach towards Iranian policy in the region gave its range in a statement by the US Secretary of State Blinken, indicating that there is ample time in the process of going to negotiate with Iran, after the high ceilings that Tehran advanced with before making a return to any clear upcoming negotiations ,and it is still shifting away from the style of soft politics in its readings of events and its relationship with the United States, and continues to exaggerate the policy of militancy and show strength, a policy that the US administration is aware of and does not hide or fear