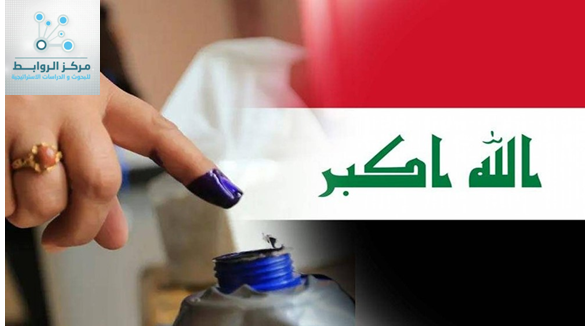 On Wednesday, the Iraqi Minister of Foreign Affairs, Fuad Hussein, announced that a request had been sent to the UN Security Council to monitor the upcoming early elections, scheduled to take place on the 10th of next October.
The Iraqi Ministry of Foreign Affairs stated in a statement, that “Foreign Minister Fuad Hussein met with the head of the European Union’s mission in Baghdad Martin Houth, his deputy Jean Bernard, and the head of the European Union’s advisory mission in Iraq. According to the statement carried by the Iraqi News Agency (INA), during the meeting they discussed preparations for holding elections during this year.
Hussein affirmed that “the government is proceeding with conducting elections, which are one of the most important goals of the government curriculum,” stressing that “the government is ready to provide all the requirements that fall upon it and to provide a safe environment for conducting fair elections that meet international standards.”
The statement added that “the discussion took place regarding the steps taken by the Ministry of Foreign Affairs to communicate with international organizations and the United Nations and its support for the electoral process and to invite international observers to monitor it, and that the ministry sent a letter to the President of the UN Security Council about the request for electoral monitoring and in the process of sending a second message on the same subject.
For his part, Houth affirmed that the European Union supports the Iraqi elections in all its aspects as it allocated a certain amount as financial support for the electoral process in Iraq, explaining that the electoral observation mission that the European Union will send consisting of (6) people will depart from Brussels on January 30th. Its mission in Iraq will last for two weeks.
The United Nations was present and supervising all the last five elections which were held since 2005, in addition to the referendum on the constitution but we know that fraud and corruption marred these elections and indeed the last elections that were held in 2018 were marred by widespread fraud. Armed groups took advantage of the absence of voters who refused to vote because it was ineffective in making the change they want, which made those groups use the blank electoral forms for the benefit of its candidates and therefore they won the same percentages that they obtained previously, despite the widespread public discontent with its performance.
International monitoring is defined as informing the international community of the progress of the democratic process in the countries that request it. In order to determine the extent of its agreement with international standards of democracy, and the extent to which it expresses the will of the people. It is also known as the procedures that are objective and impartial by persons who have been formally assigned to practice follow-up, control and fact-finding work about the correctness and conduct of the electoral process, and verify the cases that indicate the occurrence of any violations, provided that this is done in accordance with the applicable laws and regulations.
International observation achieves integrity for elections through the various missions to supervise the conduct of the electoral process, and to follow up on the details of those processes in different countries at their request. These processes evaluate the elections and give them the quality of integrity and freedom through the reports issued by them. The positive and negative aspects of the electoral process are also explained, describing them as the most important tasks adopted by the international community to ensure the conduct of free and fair elections.
The presence of observers representing prominent international bodies such as the United Nations or other organizations or even non-governmental organizations prevents the occurrence of violations and abuses or at least minimizes them, and gives confidence in the legitimacy of the elections, and is considered a catalyst in supporting the public of voters, as well as the parties based on the elections and the official authority in the state.

International monitoring contributes to the establishment of a democratic system of government through the interest shown by the international community in order to consolidate and strengthen democratic principles by achieving a set of principles. Perhaps the most prominent and most important of them is the principle of respecting human rights, in addition to strengthening the principle of the rule of law and respect for political will. According to a legal expert, stressing the need for international monitoring to perform its task in evaluating the electoral process in accordance with the international principles observed in democratic elections and in national laws.
After the recent developments in Iraq on the political and economic levels, the legitimacy of the current political system is contingent on early elections, the rate of justice that the government will guarantee, and its realization of the Iraqi people after all the crises and problems they faced, according to the political and academic analyst Muhannad al-Janabi, who accused the Iraqi political powers of making the election law according to its desires, after many of them lost their legitimacy with the people. The demand for international monitoring of the Iraqi elections was widely welcomed to prevent fraud, especially in areas that are under the control of militias and armed groups affiliated with some political parties, and the government is unable to stop it or prevent its expansion, with calls to cancel the old voter card and rely on the new updated “biometric”. Biometric data aiding in identification; Like fingerprints, the bearer had to personally come to the polling station to cast his vote, unlike the old ones whose attendance is not required.
But the question that arises in this context, does the international monitoring meet the ambitions of domestically and also the external countries, especially Russia and China?
Domestically, there is no doubt that the militias will refuse international monitoring of the Iraqi elections because they fear for themselves of their integrity, as fair elections mean the departure of the militias from the Iraqi parliamentary scene and this matter will not be accepted, especially since these elections are the first of their kind after the protests that took place in Iraq in October 2018 .The main driver of those protests was the overwhelming and general discontent that swept the Iraqi people over their disgraceful behavior and their control of many joints in the Iraqi state. And an end to Iranian interference in the affairs of Iraq, by eliminating militias and whales of political corruption.
Therefore, these militias and those who support them internally and externally will invoke them to preserve the “gains” they achieved 17 years ago. Toward that international monitoring is a form of prejudice to Iraqi sovereignty, which is the last militia concerned with Iraqi sovereignty. It will also invoke that international monitoring means interfering in the internal affairs of Iraq.
As for Russia and China, they will throw their weight so that the Security Council will not issue any decision related to the formation of an international monitoring committee on the Iraqi elections, not out of concern for Iraqi sovereignty and non-interference in its affairs, but rather for fear that in the event of such a decision by the Security Council that they find themselves one-day subject to their elections, which is mostly sham elections to international observation.
Many in Iraq are counting on the upcoming elections to change the political system and introduce a new political class as an alternative to the current class accused of destroying Iraq and stealing its money, and linking it to the Iranian regime that is besieged internationally and popularly and rejected by Iraq.
The real challenge facing the upcoming parliamentary elections is whether they are fair or transparent. If this is achieved, then Iraq will chart a new path for its present and future. But if the elections are rigged in favor of the militias, the fate of its present and future will be failure.