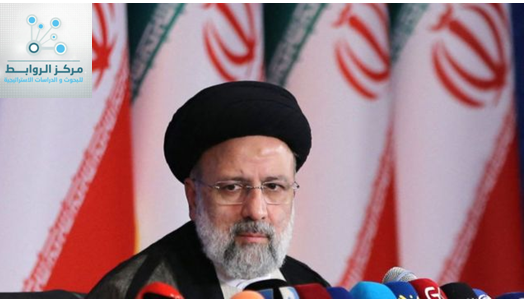 The Iranian regime seeks to develop new mechanisms and create independent bodies that contribute to strengthening the political structure of the ruling regime, expanding the powers of the upcoming presidency, and creating a ground that contributes to laying the foundations of the political, security and economic strategy, which will be one of the main pillars in enabling the next president (Ebrahim Raisi) to implement his vision and goals that he announced about it in his electoral conference on May 27, 2021, The ruling tools of the conservative movement and the leaders of the Iranian Revolutionary Guard are also working to find the appropriate atmosphere to enhance the ability of the new president to administer the helm of government and to run the affairs of the Iranian state according to the political approach that is consistent with the directions of Supreme Leader Ali Khamenei. Therefore, these political and military leaders have worked to form a new committee in the name of ( The Committee for the Implementation of the Final Text of the Possible Agreement), which means the results of the upcoming dialogues in their seventh round in the Austrian capital (Vienna), and the date has not been decided yet. The main objective of the committee is the dominance of the next Iranian government over the dialogues and the formula of decisions and agreements circulating in the near future.

2. Ali Bagheri – Former Assistant to the Secretariat of the Supreme National Security Council of Iran.

These two members represent President Ibrahim Raisi and have a close relationship with him.

3. Members of (the Iranian parliament, the current government and the National Security Council).

This committee is working to review the directives and dialogues that took place since April 2021 until now and have not yielded any positive results and to emphasize the constants of the Iranian conditions in a comprehensive lifting of economic sanctions, the protection of the rights of the Iranian state and the provision of financial compensation as a result of the damage caused to the economic system, taking into account the security and political foundations Which relate to the directives of Ali Khamenei and the adoption of the Iranian Parliament’s decisions not to allow discussion of the ballistic missile program and Iran’s political influence in the Arab world and the Middle East, as it constitutes one of the constants of the country’s national security.

The committee’s work came within a clear framework that defines the upcoming parameters for managing the dialogues in its seventh round, and for the next government to have a prominent role in managing it and achieving the basic goals that favor the survival of the regime and finding appropriate solutions to get it out of the internal crises it suffers from, which is what Khamenei seeks and which he spoke about on Friday, corresponding to July 23, 2021, including the events that prevailed in the Al-Ahwaz region and its neighboring regions, and in order for the next president to have a key role in determining the upcoming features of the dialogue and the final agreement on a formula that ensures the strengthening of the Iranian role and a return to the international and regional influence of the regime by signing the terms of a new agreement for the Iranian nuclear program and drawing the leadership role The President (Ibrahim Raisi) In implementing his directions he spoke before the presidential elections by calling for him to make the upcoming negotiations between the 4+1 group and the United States of America comprehensive and supportive of the Iranian conditions, with the commitment of the competent committee to adhere to the directive of Supreme Leader Ali Khamenei, who announced it on February 7, 2021 by saying (if they want to return Iran to its commitments within the framework of the nuclear agreement, the United States of America must lift the sanctions completely, not in words or on paper, but in practice). This position was repeated several times during the dialogues during the last six rounds.

Here comes the fear that the rounds of dialogue that began in April 2021 will return to their initial stages and that the next Iranian government will work to show the policy of intransigence and pressure that the conservative movement backed by Iranian leaders close to Khamenei and some of the military and security leaders in the Revolutionary Guard adheres to, and this affects the position of the allies The Europeans and may lead to some field positions that do not appeal to the Iranian regime, including what was stated by the German Foreign Ministry spokesperson (Fitz Bruel) that Iran requested time for internal consultations before resuming the next round. Lifting economic sanctions only with Iranian approval of the principles The main ones covered by the negotiations, rounds of dialogue, and the basic constants in limiting the Iranian regime’s orientations and stopping the support and support it provides to the armed militias that are still exerting field pressure on the US administration by targeting its interests and military and security sites in Iraq and using drones and guided missiles in carrying out their offensive operations, non-escalation and threatening to raise The ceiling on enrichment of uranium metal, as President Hassan Rouhani spoke, threatening to raise the enrichment ceiling to 60%, which led to the US administration on July 8, 2021 imposing economic sanctions on (eight) US companies that sent equipment to help develop the Iranian military program.

The American administration sent several messages to the Iranian negotiators through the European allies that it is serious about imposing upcoming economic sanctions and activating the sanctions in a broader and deeper way if the regime does not respond to the American conditions. The Committee for the Implementation of the Final Text of the Possible Agreement) in front of field facts and American trends on how to deal with the files circulated in the rounds of dialogue and European convictions that seek to contain the differences between Tehran and Washington,

The committee must realize that time is passing quickly and the internal Iranian situation is getting worse after the deterioration in the economic system, the weakness of the measures taken to address it, the expansion of protests and popular demonstrations, the escalation of infections with the Corona pandemic, signs of collapse in the health and treatment services sector, and a continuous decline of the Iranian national currency, and that it must determine the paths A new vision, a clear vision and serious decisions to reach a final agreement that ends the suffering of the Iranian regime and contributes to preserving its legitimacy and continuity.