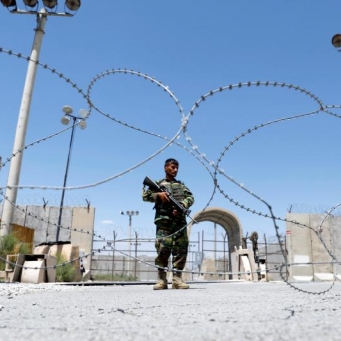 The withdrawal of U.S. military forces from Afghanistan has unleashed a fresh wave of violence. Taliban forces have stepped up attacks across the country and overrun a growing number of districts. They have positioned soldiers and materiel around major cities for eventual sieges. Iran and Russia have ramped up their covert support to the Taliban and other antigovernment groups. In June, General Scott Miller, the top U.S. military commander in Afghanistan, admitted that the security situation was dire, saying, “Civil war is certainly a path that can be visualized if this continues on the trajectory it’s on right now.”

U.S. President Joe Biden’s decision to withdraw all U.S. forces was a mistake. A far better choice would have been to keep roughly 2,000 U.S. forces in Afghanistan—as well as a small number of aircraft and helicopters at major bases—to provide training and other aid to Afghan forces. But that ship has sailed, and now an increasingly violent civil war in Afghanistan presents U.S. policymakers with a difficult choice: Should the United States remain engaged and, if so, how?