Latest News
2021-02-05
Editor
Home
Releases
Is Biden the other side of Trump’s policy against Iran? 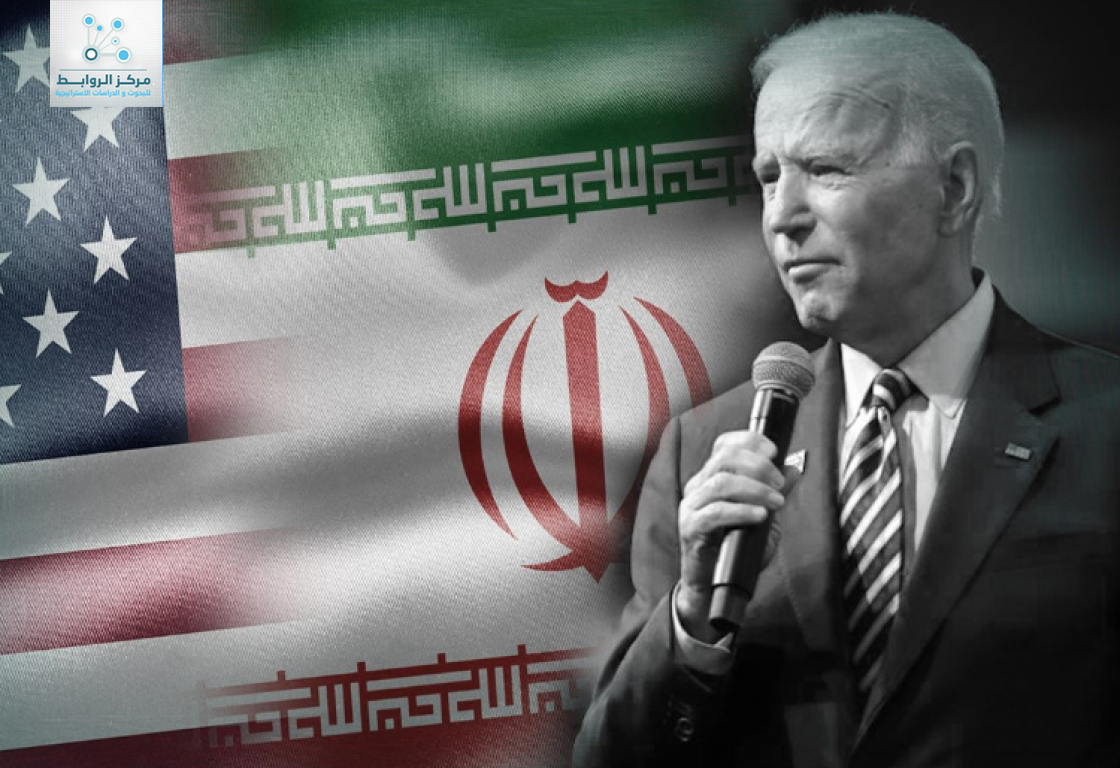 It seems that the Iranian optimism about Biden’s arrival is still being tested, and Iranian anxiety may need more time to fade or escalate with the new US administration. The departure of the Trump administration does not mean that there is a breakthrough in US-Iranian relations, as a reason, Iran sent several messages to the United States to pressure it to test it, among these messages:
1- The start of uranium enrichment with a purity of up to 20%, the step is the first to be carried out in a set of nuclear steps, approved by the Iranian parliament in the “Strategic Initiative to Abolish American Sanctions” law, shortly after the assassination of the prominent nuclear scientist Mohsen Fakhrizadeh near the capital Tehran on 27th of Last November. This is followed by another step, which is also of great importance, affecting the UN oversight of the Iranian nuclear program, as the parliament also obligated the Iranian government to end the implementation of the additional protocol within two months, which is due at the end of last month, If the parties to the nuclear agreement do not implement their pledges to enable Tehran to reap the benefits of the agreement economically by refusing to abide by the comprehensive and historic US sanctions. And the protocol that Iran “voluntarily” accepted as part of the nuclear deal and turned into a pledge that imposes strict control on the program.

According to an exclusive information obtained by the Rawabet Center for Research and Strategic Studies, Iran managed before signing the nuclear agreement with the administration of former US President Barack Obama, to obtain the nuclear technology that qualifies it to produce a nuclear bomb. This is a very dangerous indication that shows it’s only a matter of time to for it to have a nuclear bomb.

2- Iran’s coordination with Taliban to target the US forces in Afghanistan, made a high-ranking delegation from Taliban arrived to the Iranian capital last month, in the first visit of its kind after the start of peace negotiations between the Afghan government and Taliban. Iranian Foreign Ministry spokesman Saeed Khatibzadeh stated that a delegation headed by the head of the Taliban’s political office, Mullah Abdul-Ghani Baradar, arrived in Tehran, at the official invitation of the Iranian Foreign Ministry. He indicated that the delegation will meet with Iranian officials, headed by Foreign Minister Mohammad Javad Zarif, stressing that there will be an exchange of views and consultations on the peace process in Afghanistan and related issues. For his part, the spokesman for the Taliban’s political office, Muhammad Naim, said – through his Twitter account said that Mullah Baradar will discuss with Iranian officials the political and security situation in Afghanistan and the region.

3- Strengthening their militias to target the United States in Iraq, and its allies in the Persian Gulf. The Iranian-backed militias may be shifting their focus towards Saudi Arabia and UAE, and they may exploit the Gulf states ’fears that the new American leadership in the executive and legislative branches will not rush to defend these countries, especially if they are subjected to non-lethal attacks.
Iran may test its ability to launch multi-directional attacks on Saudi Arabia from various territories, and work to assess the United States’ response to such strikes. On January 26, for example, the Kataib Hezbollah satellite channel, Al-Kawthar, showed a map showing images of the attacks on Saudi Arabia coming from Saada (in Houthi-controlled Yemen) and Albu Kamal (a Syrian area controlled by the Houthis). The Iranian-backed militias), Jurf al-Sakhar (the aforementioned Kataib Hezbollah base), Lebanon, and Iran.

Tehran appears to be testing its ability to overwhelm the international community with coordinated messages from the militias. For example, Iraqi groups appeared to support the intrusions in Riyadh and link them to militia complaints, while the Houthis quickly denied any responsibility for them. The Houthi’s denial may stem from a desire to reduce tensions with the United States and secure relief from recent sanctions. Iran and its proxies are now more adept at controlling the narrative about the source of their strikes, and they seem to have learned from their less effective efforts after the attack on the Saudi pipeline in May 2019 (when the Houthis pretended to have launched drones that originally came from Iraq) and the September 2019 attack on Abqaiq (when the Houthis launched short-range drones at the same time that missiles entered Saudi Arabia from Iran and Iraq).

The main Iranian goal behind taking these messages is to exert maximum pressure on the United States and Europe to lift the sanctions. Therefore, it may use its cards in Iraq, Yemen, Syria and Lebanon to increase pressure on the current US administration.

For its part, Biden’s administration will not be subject to provocative messages, as it may go to negotiations with Tehran, but not on the basis of lifting sanctions against it. From the American point of view, the sanctions will not be lifted until a comprehensive agreement is reached on the contentious issues with Tehran, foremost of which are the nuclear and missile program and its interventions. It aims to hit the national fabric in some Arab countries, especially Iraq, Syria, Yemen and Lebanon. Therefore, the diplomacy of battleships and B52 aircraft is still present in the Arabian Gulf waters and near the Iranian coast, in the context of the US-Iranian conflict.

Nevertheless, the US administration is not concerned at the present time with negotiations with Tehran, It is now primarily interested in reforming the American internal affairs, especially since Trump’s legacy is not easy to bypass, not to mention the health and economic problems that afflict the United States, so the first year of the new administration’s life may be focused on internal affairs, not external. And that work to restore the United States’ position and prestige in the global system shall be the first priority related to his foreign policy.

Quite the opposite of Iran, which seems to be in a hurry because the US sanctions imposed on it in the era of the previous US administration exhausted it a lot, and it does not have more time for patience over its influence inside Iran, so Iran wants the United States to return to the nuclear deal without causing No modifications or additions to it.

As a matter of political maneuvering, Iran may not object, after the United States’ return to the nuclear agreement to negotiate with it with the Arab Gulf states regarding its missile program and its blatant interference in the affairs of some Arab countries, and if the Iranians guarantee the return of the United States to the agreement, negotiations may turn into a negotiation process that takes years without reaching any results.

With the failure of the immediate return of the United States to the nuclear agreement, Iran’s patience has run out, and according to Exclusive information obtained by the Rawabet center, state militias may, next month, advance targeting American interests in Iraq, as if Iran with this targeting is trying to force the United States to make a direct military strike, in order to escape with it, hoping to find a solution to lift the sanctions from it, but the United States may not be dragged behind the Iranian plan, especially since Iran is on the way to presidential elections in the next few months, so Washington will work to monitor the internal Iranian situation without direct engagement with it.

In the context of this fraught atmosphere between Washington and Tehran, Mustafa Al-Kadhemi, the Prime Minister of Iraq, realizes that the biggest loser from this conflict will be Iraq, so he seeks with full force through the diplomacy of the delegations he sends to Tehran that Iraq will not be an US arena against Iran. But the Iranians, especially after they received a very painful tax, which was exemplified by the killing of Qassem Soleimani last year, will not rely on anyone to guarantee their security and interests in Iraq.

A few days ago, Iranian President Hassan Rouhani said about the difficult years that Iran lived during the era of former US President Donald Trump, saying: “I bear witness to God that in these three years I could not sleep peacefully, and in all these three years I felt the same feeling that we have felt throughout Eight years during the imposed war. But maybe the three years will go on with Biden administration. Biden may be the other side of Trump’s policy against Iran, let’s keep watching on that.