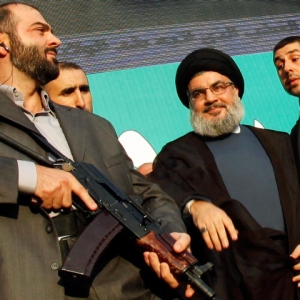 The assassination of the Lebanese activist and writer Lokman Slim—who was openly critical of Hezbollah—was in the making for years. His killer pulled the trigger earlier this month because the timing at home and abroad was convenient for his assassins, who wanted to send a message.

It has always been a matter of time. Hezbollah’s critics—including myself—always felt the shadows following. You have to go about your daily life constantly looking over your shoulder, checking under your car for a bomb every time you leave your house, and feeling your heart sink deeper each time your children’s school bus is late. We always knew we were being followed and monitored. Slim refused to live his life in these shadows, but he was not careless.

When I decided to leave Lebanon for good in 2016, after receiving similar threats, Slim encouraged me to do so. He refused to leave but did not expect me to do the same because he also knew that not everyone could afford to make the same sacrifices. His motto—“Zero Fear”—which has taken over Lebanon’s social media scene recently, is not a requirement; it’s a choice and a very calculated one…