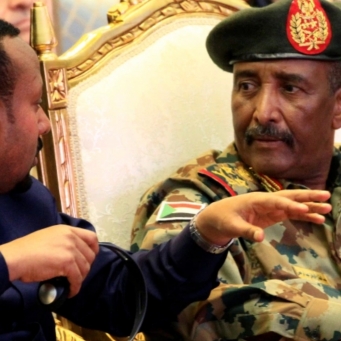 Those who recall the round of applause for Ethiopian Prime Minister Abiy Ahmed at the signing of final agreement between the Sudanese military council and the opposition in August 2019, in recognition for Ethiopia’s role in securing a peaceful transition in Sudan, might be shocked today to see the two countries on the cusp of war.

In mid-December 2020, the Sudanese military said that one of its units was ambushed by Ethiopian militias in Sudanese territory near the border. Ethiopia accused the Sudanese army of launching attacks in the region in early November, just days after the Ethiopian military began operations against the Tigray People’s Liberation Front (TPLF), thereby taking advantage of Ethiopia’s preoccupation with domestic matters.

At issue is a long-standing dispute over al-Fashaga. Although Ethiopia claims a historic right to the area, the British-drawn border of 1902 placed al-Fashaga in Sudan. For decades, both countries had a political stake in avoiding an open conflict over the region. Pending a final settlement, a 1972 agreement upheld the status quo while allowing Ethiopian populations in al-Fashaga free movement. A compromise was reached in 2008 under which Ethiopia recognised the legal border; in exchange, Sudan allowed Ethiopians to continue living in al-Fashaga unmolested.

But this understanding began to collapse in 2018 amid domestic shifts in Ethiopia and Sudan.

After the ouster of the TPLF (traditionally a Sudanese ally) and Abiy Ahmed’s rise to power in 2018, Amhara leaders publicly condemned the 2008 agreement, saying they were not consulted, and soon after, Ahmed publicly declared any border agreement signed with Sudan since 1972 null and void. Now seeking to mobilise public support in advance of elections this summer, Ahmed could use an escalation with Sudan to distract Ethiopians from domestic disputes and portray the campaign against the TPLF as part of a larger, regional war threatening Ethiopian unity and security. In Sudan, the military may be making similar calculations amid the post-Bashir jockeying for position. The Sudanese army deployed in al-Fashaga in April 2020, and the head of the transitional council personally visited the region to assert that Sudan would allow no encroachments on its territory. Military leaders may believe that a confrontation with Ethiopia will spur the Sudanese to rally around the army and delay the democratic transition, which will end with the subordination of the military to civilian leadership.

The situation is made more volatile by the regional dispute over the Great Ethiopian Renaissance Dam. As soon as the Sudanese army began operations to reclaim al-Fashaga, Egypt declared its support for Sudan, which Ethiopia interpreted as Cairo attempting to stoke conflict between Addis Ababa and Khartoum. Indeed, some in Ethiopia believe Egypt has an interest in fomenting instability in Ethiopia, with the goal of delaying or thwarting the dam project, which Cairo sees as inimical to its vital interests. Egypt is now in a race against time. If Ethiopia completes the second phase of the reservoir filling, scheduled to begin in July, military action becomes much less feasible. This time constraint may motivate the Egyptian leadership to redouble its efforts to fuel conflicts in Ethiopia and its environs, in the hope of widening rifts in the Ethiopian leadership and eroding Abiy Ahmed’s popular base.

All of these factors—Abiy Ahmed’s renunciation of the 2008 border compromise, the military campaign in Tigray, and the Renaissance Dam crisis—suggest that a Sudanese-Ethiopian clash is more likely than conciliation. But there are limits to the level of likely confrontation as well. Most significantly, the militaries of Ethiopia, Sudan and Egypt are all currently embroiled in domestic operations that diminish their capacity to open another fighting front: the Ethiopian military in Tigray, the Sudanese army against Sudanese armed factions, and the Egyptian military on the Libyan border and against a slow-burning Islamic State insurgency in Sinai.

The most likely outcome is therefore a low- or medium-intensity conflict between Sudan and Ethiopia that takes the form of limited clashes between regular military forces or irregular paramilitaries. A longer lasting conflict is likely to fuel domestic unrest in both Ethiopia and Sudan because it will exacerbate already difficult economic and social conditions.

In fact, an understanding of the possible adverse domestic impacts of escalation could encourage Sudanese and Ethiopian leaders to ease tensions. The obstacle here is that neither leadership is cohesive. Abiy Ahmed faces domestic opposition to his postponement of elections earlier this year while the Sudanese leadership is still transitional and divided by mutual distrust between civilians and military personnel. Both parties may thus prefer to escalate in order to bolster their domestic positions.