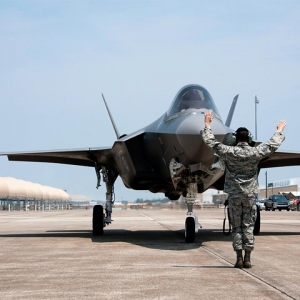 To safeguard U.S. national security, the Biden administration needs to hold the UAE to the same standards it demands of other partners in the Joint Strike Fighter program.

Last week the Biden administration informed Congress that it would be moving ahead with a substantial arms sale to the United Arab Emirates, including fifty top-of-the-line fighter jets and a suite of coveted Reaper drones. Inked in the waning days of the Trump administration to buoy the Abraham Accords, the $23 billion deal had been under review since mid-January. The proposed transfer of the crown jewels of the U.S. military arsenal to the UAE raised concerns about human rights, theaters of deployment, and implications for Israel’s Qualitative Military Edge. The biggest apprehensions, however, related to the UAE’s burgeoning ties with China. Although the sale may be proceeding, remarks by the U.S. State Department suggest Washington’s concerns about Abu Dhabi’s increasingly close relationship with Beijing have not yet been mitigated.