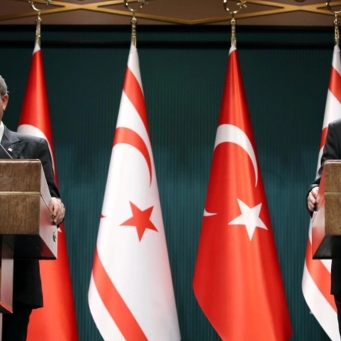 On a visit to the Turkish Republic of Northern Cyprus (TRNC) on 20 July 2020 to mark the 1974 Turkish intervention, Turkish President Recep Tayyip Erdogan gave a highly anticipated speech. Addressing the parliament, he declared that Turkey supported Northern Cyprus’s call for a two-state solution to the nearly half-decade-old conflict on the island, asserting that Turks could not afford to waste another 50 years waiting for a resolution. In furtherance of this initiative, Erdogan said, Ankara would support the TRNC as it began to reopen public areas in the coastal city of Varosha, which was deserted by most of its Greek Cypriot population in 1974 and has since remained disputed territory and a closed military zone.

The reaction was swift and decisive. Greece, the United States and the European Union rejected any formal division of the island or change in the status quo in Varosha, while the UN Security Council, in a unanimous statement, expressed concern and called on all parties to abide by UN resolutions. Egypt, too, protested the move, suggesting that it is still wedded to its alliance with Southern Cyprus and Greece, despite reports of a rapprochement with Turkey.

By all accounts, the idea of a two-state solution was born in Northern Cyprus and TRNC President Ersin Tatar convinced Erdogan of it rather than vice-versa. Even so, the abandonment of federalism is a major shift. How did it come to this? And what could it mean for the already tense situation in the eastern Mediterranean? Since the establishment of the TRNC in 1983, Turkish Cypriots have demanded autonomous rule within a federal system, but decades of talks have gone nowhere. The 2004 UN-sponsored plan—the most serious attempt to resolve the stalemate and establish a unified federal state—was supported by Turkey, Greece, the United Kingdom and Turkish Cypriots, but was ultimately rejected in a referendum by Greek Cypriots. By far the greatest lost opportunity in the history of the conflict, for the TRNC, the defeat of the UN initiative was evidence of the intransigence of Greek Cyprus and its inability to recognise the ethnic and communal diversity of the island. As subsequent negotiations came to naught, Turkish Cypriots began to lose hope in the possibility of a just solution based on a federal system. Indeed, this change in attitudes may have helped propel Tatar—a vocal proponent of two states—to the presidency in November 2020.

For Turkey, Cyprus has always been of vital strategic importance. Located just 75 km off Turkey’s southern coast, the island is well positioned to block, or severely constrain, Turkey’s naval movements in the eastern Mediterranean if under the control of a hostile power. Maintaining Turkish access to the Mediterranean has assumed greater significance over the last two decades with the discovery of substantial gas reserves in the area. At the same time, Nicosia, with the support of Greece, has aggressively pursued its claims in the eastern Mediterranean ignoring the economic rights of Turkey and the TRNC entirely. In 2019, Southern Cyprus joined Greece, Egypt and Israel to create the Eastern Mediterranean Forum, pointedly excluding Turkey. In early 2020, Nicosia signed a deal with Israel and Greece to extend a pipeline to southern Europe from the Israeli gas fields, which would pass through Turkey’s exclusive economic zone, thus putting it on a collision course with Turkey and Northern Cyprus.

While some of Erdogan’s opponents criticised the declaration, seeing it as less an attempt to protect Cypriot Turks and their interests than to appease his Turkish allies in the nationalist camp, it is unclear if domestic politics entered into Erdogan’s considerations. Most likely, he seized on Tatar’s stance as an opportunity to bolster both Northern Cyprus and Turkey’s interests in the eastern Mediterranean. Although the declaration of support for a two-state solution spurred immediate reactions, Ankara may have calculated that it would soon give rise to a new status quo. In any case, the Turks have nothing to lose since no one, including the UN, is ready to recognise the TRNC or apply enough pressure on Athens and Nicosia to bring about a more amenable solution to the conflict.

While EU countries certainly saw Erdogan’s statements as an escalation of the decades-old Cyprus crisis, it is difficult to imagine any response from the EU or the US beyond harshly worded statements. Although the new position is likely to further hamper the stalled negotiating process, it will nevertheless enhance Turkey’s geostrategic position in the eastern Mediterranean, at least in the short term.