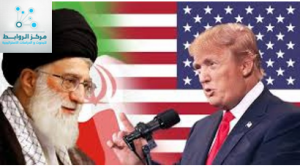 It was not surprising that the Iranian media escalation against the background of the assassination of Qassem Soleimani was much stronger than its military response to the two American bases in Iraq.

This response means that Iran is still very rational and prudent in its external behavior in dealing with Western countries, particularly the United States of America, especially if it comes to carrying out any direct military action.

Yes, the size of the Iranian loss of the assassination of Qassem Soleimani is very large, which it has not suffered since the end of its war with Iraq in 1988, but the Iranian political regime is not that naive in taking a provocative military move that would cause severe embarrassment to the United States of America, which may open the door of military confrontation widely.

The Iranian political regime may bitterly accept to lose that a military leader who was able to establish Iranian influence in several Arab capitals, instead of losing the rule of the Iranian state, because any direct military confrontation whose results may be known in advance due to the difference in military, economic and technical capabilities between the United States of America And Iran.

So … Tehran’s fear of military confrontation with Washington prompted it to do so very modest attack, because its political system is deeply aware of the historical and contemporary strength of the United States of America.

In contemporary history, no country has entered into a war or conflict against the United States of America except that it was defeated and disintegrated. The Japanese aggression on the American Pearl Harbor base in Huawei and the killing of 2,400 people cost the occupation of Japan in August 1945 and the establishment of American military bases there. The Iranian political system, experiencing the American-Soviet conflict, which ended in its disintegration into fifteen republics in 1991. Iran’s current and defiant power of the United States of America!! If compared with the historical strength of Japan and the Soviet Union, it is negligible!! As for the contemporary strength of the United States of America is clear and does not need an evidence.

In an attempt by Iran to absorb the criticism leveled against it, Ali Haji Zadeh, the commander of the Air Force in the Iranian Revolutionary Guard, said that we could have “killed 500 American soldiers at Ein al-Assad base.”
We ask: What prevented you from doing this? Are human values ?! Which you buried when you killed and displaced millions of people from Iraq and Syria? !!

Or is the role of the Revolutionary Guards ended at this level, after which their allies would take over in the Levant’s environment, and this is what Haji Zadeh implicitly indicated by saying: “The targeting of Iran to one of the most important American bases in the region is the beginning of a larger process that will continue in the whole region, and that the next steps will be taken by what he called “the resistance front.”

The modest Iranian response to US military bases can be explained that it does not rise to the level of revenge for a military commander with the weight of Qassem Soleimani, who was described by the Western media as the second most powerful figure in the structure of Iranian rule after the Supreme Leader Ayatollah Ali Khamenei, the response that seemed to be an attempt by Iran to save Its face and an attempt to alleviate the crisis and appease local voices in it that call for revenge and show the strength of Iran’s allies in the region.

Accordingly, a modest military response can be interpreted, based on three assumptions, as follows:
The first: It says that Qasim Soleimani, after increasing his internal influence by expanding his popularity in Iran, and at external level by having an external network of influence in Iraq, Syria, Lebanon and Yemen, he became a threat to religious symbols such as Ali Khamenei, and the military as Hussein Salami, the leader of the Iranian Revolutionary Guard, so getting rid of him became an imperative necessity, but In a way that preserves the Iranian political system, its stability, increasing popularity, and showing Soleimani as a national hero.

Whether the attempt to storm the American embassy was the idea of Soleimani that precipitated his assassination, or from the idea of the Iranian leadership in order to get rid of him, this matter means nothing g for the Americans who viewed the attempt to storm as a qualitative development in changing the rules of engagement with Iran, and that it crossed the red lines, and underestimating American power , so Iran had to pay the price of that folly, and perhaps this price won the admiration of the Iranian leadership , Khamenei- Salami equation, by assassinating Soleimani, by getting rid of a potential internal enemy !!

As for the second assumption : It says that Iran preferred revenge politically, not militarily, from the United States of America, by investing Iran’s most powerful political allies in the country. It also includes a mixture of threats and promises aimed at Iraqi politicians to force them to remove American forces from the country.

Although this strategy is being implemented now, Iran can increase its pressure to ensure the Iraqi government’s commitment to removing US forces from the country.

Iran’s allies are already in a good position for such an option, and the sudden rise of the anti-American anger caused by the “attack against Soleimani and al-Muhandis – along with Iran’s strong influence in the Iraqi media market – will further enhance such an option.

As for the third assumption: which says that Iran cannot sacrifice its historical investments in Damascus, Baghdad, Beirut and Sana’a, and enters into direct war with the United States of America, that is why the Iranian bombing came to show Iran’s resolve and strength, but it was not determined to inflict material and human losses, in order to avoid the strong reaction from the USA, which will be in the form of drinking a second poison cup by Iran.
The near future , or even in intermediate one , is the one who will answer any assumptions that the Iranian leadership have adopted – even if I adopt the third assumption – in its modest response to the assassination of Qassem Soleimani.