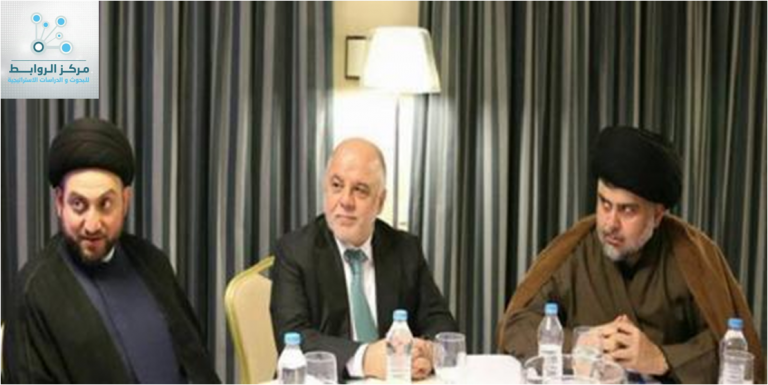 On the 12th of next May, Iraq on the date with the holding of parliamentary elections in its fourth session, and in preparation for these elections, the Iraqi political scene has witnessed a formation of alliances between different forces and entities to gain the largest votes to win the conflict on the position of prime ministry. The following are the most important electoral lists in the Iraqi arena:

First: al-Nasr list (victory): It is headed by the current Iraqi Prime Minister Haider al-Abbadi. This list includes the large wing of the Dawa Party, civil and secular figures “Shiite, Sunni and Christian.” This list enjoys the electoral strength because the presence of Iraqi Prime Minister Haidar al-Abadi, who will represent it in Baghdad , as the list of al-Nasr is likely to gain the most votes in it , and the electoral strength of this list in the governorate of Basra is also represented by the Iraqi Oil Minister Jabbar al-Luaibi, who was known for his professionalism and achievements in his ministry and the presence of the governor of Basra. In Nineveh governorate, the former Iraqi Defense Minister Khaled al-Obeidi will preside over the al-Nasr list in it. This list will also have representatives in all governorates of Iraq except the provinces of Kurdistan and Kirkuk. According to a poll conducted by the Rawabet Center for Researches and Strategic Studies on a random sample in the Iraqi street about the potential parliamentary seats that each list will win . According to this poll, it is likely that the list of al-Nasr will win 55 parliamentary seats.
second – Al-Fatah list: headed by the head of Badr organization Hadi al-Amiri and the list includes political wings of the popular mobilization factions (AL-Hashed al-Shaabi) and some Sunni figures belonging to him and close to his ideas. According to the above poll, the Fatah list is expected to get between 43 parliamentary seats.
Third: Saroon list: It is headed by Mr. Muqtada al-Sadr. This list includes figures who belong to different intellectual orientations such as Communist thought. “This is an unprecedented step that may have an impact on the upcoming elections and Islamic orientation both Shiite and Sunni.” According to the poll mentioned above, this list could get parliamentary seats ranging between 35 parliamentary seats.
Fourth : the list of State of Law (Dawlat al-Qanoon ) : It is headed by former Iraqi Prime Minister Nouri Kamal al-Maliki. This list includes a number of political figures affiliated with the Dawa Party and the Dawa Party of Iraq, and Islamic and liberal figures. According to a poll prepared by the Rawbet Center , this list is expected to get 34 parliamentary seats.
Fifth :The list of al-Hikma Current( wisdom): headed by Mr. Ammar al-Hakim, and includes Iraqi youth figures from different segments of Iraqi society, and what distinguishes this list possessing electoral and Media tools of a highly professional in the electoral process, this feature is not available in the competing electoral lists .

. What is noticeable on these lists is the dissolution of the ruling National Alliance and its distribution to individual lists led by strong contenders in one list, and this is not surprising, but is one of the ABCs of political and electoral action , and this list is expected to get 22 parliamentary seats .

Sixth – al-Wataniya list: headed by Dr. Iyad Allawi, and includes in this membership of the President of the Iraqi Council of Representatives Dr. Salim al-Jubouri and Dr. Saleh al-Mutlaq and some political, academic and liberal figures and some figures of civil society. According to the above poll, the list is expected to get 35 parliamentary seats.
Seventh: The Kurdish lists: The Kurdish lists in the previous parliamentary elections are characterized by unity, but they will lose this feature in favor of the division with the upcoming parliamentary elections, and the features of this division are as follows: The Kurdistan Democratic Party will not have a list in Kirkuk, where it considers the land occupied by the federal government in Iraq. The absence of its presence in Kirkuk serves the interest of other Kurdish lists, such as the list of Barham Salih and the list of Islamic groups and the list of change (al-Taghier) who will run in the parliamentary elections separately in the provinces of the Kurdistan region, except for the province of Kirkuk in which they will run it in one list. And due to the absence of the KDP in Kirkuk and the situation in Mosul, according to a poll conducted by the Rawabet Center, the combined Kurdish lists are expected to get 57 parliamentary seats.
Eighth: Al-Qarar list headed by Usama al-Nujaifi – 10 seats.

Tenth: Other lists: Small lists: These lists based on the “Sainte- Lague” electoral system, 1.7 percent, so their quotas all together with Turkmen front will not be more than 16 parliamentary seats and 9 parliamentary seats will be allocated to religious minorities .

Based on this competition, although the electoral lists have not yet taken their final picture, the Iraqi capital Baghdad is witnessing at present a political movement between the large electoral blocs, which resulted in the formation of political committees for the distribution of ministerial positions in the next Iraqi government, and will undoubtedly , the parliamentary elections will lead for Electoral blocs that will form the government and other blocs to exercise the role of opposition to the next government. There is no doubt that since Iraq is a state of importance in its Arab, regional and international environment, external interference to its parliamentary elections is obvious.
In short, Iraq’s future for the next four years will depend on the upcoming election process and the outcome of the elections to bring qualified people to lead the country and correct the tracks away from the sectarian strife that has worn the country in the years following the fall of the former regime in 2003.