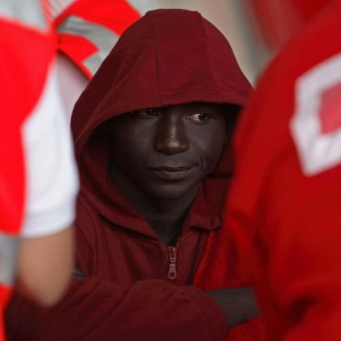 till, with the rise of China, the fraying of the postwar liberal international order, and the drawbridge-up mentality accelerated by the pandemic, realpolitik is back in vogue, leading some to propose recentering international relations on a small group of powerful states. Although it is easy to caricature proposals for a world run by a handful of great powers as the national security establishment pining for a long-gone world of cozy backroom dealing, the idea is not entirely unreasonable. Network science has demonstrated the essential value of both strong and weak ties: small groups to get things done and large ones to maximize the flow of information, innovation, and participation.

Stay informed.
In-depth analysis delivered weekly.
Even if states could create a modern-day version of the nineteenth-century Concert of Europe, however, it would not be enough to tackle the hydra-headed problems of the twenty-first century. Threats such as climate change and pandemics transcend national jurisdictions. In the absence of a true global government, the best bet for guaranteeing the world’s security and prosperity is not to limit the liberal order to democracies but to expand it deeper into liberal societies. There, civic, educational, corporate, and scientific actors can work with one another—and with governments—in ways that enhance transparency, accountability, and problem-solving capacity.

Leaders do not face a binary choice between the state and society. Global problem solving is a both/and enterprise. The task is thus to figure out how best to integrate those two worlds. One promising approach would be to identify the many actors working on a specific problem (say, infectious disease) and then connect the most effective participants and help them accomplish clear goals. “We do not need new bureaucracies,” UN Secretary-General António Guterres has written. “But we do need a networked multilateralism that links global and regional institutions. We also need an inclusive multilateralism that engages businesses, cities, universities and movements.”

It is a dark time for global politics. States are adapting to a world of multiple power centers and complex issues that require coordination at every level of society. Four years of erratic, personality-driven leadership in the United States under President Donald Trump, moreover, have left the liberal order in tatters. To repair it, leaders need to tap the talent and resources outside the state. Humanity cannot afford to go back to a world in which only states matter.

Gavi is the clearest example of this hub-based approach. The Gates Foundation helped found Gavi in 2000 as an alliance of governments, international organizations, businesses, and nongovernmental organizations. Its small secretariat is charged with a wide array of vaccine-related functions, from research to distribution, all under the eye of a 28-person board of public, private, and civic representatives. The founders of Gavi designed it as a new type of international organization, one that sought to be representative, nimble, and effective all at the same time. The result is far from perfect, but it has enormous advantages. Purely governmental organizations are often paralyzed by politics, and purely private or civic networks are invariably interested in pursuing their own interests.

Delivering COVID-19 vaccines in Amazonas state, Brazil, February 2021
Delivering COVID-19 vaccines in Amazonas state, Brazil, February 2021
Bruno Kelly / Reuters
In most areas of global problem solving, however, the challenge is not too few actors but too many. The goal is to identify the most effective and legitimate organizations in a particular area and link them to a hub that has both the funds and the authority to make a difference. Too much connection can be as bad as too little: the bigger the meeting, the harder it is to reach consensus and take action. Moreover, formal inclusion often means informal exclusion: when nothing gets done in the meeting, lots of action takes place among smaller groups in the lobby.

To avoid that outcome, would-be architects of a new global order should begin by mapping the networked world. A good place to start would be to look at the actors working on each of the UN’s 17 Sustainable Development Goals (SDGs)—targets the world has agreed must be met by 2030 to achieve global peace and prosperity. The relevant actors include UN special agencies and affiliates; regional groups such as the European Union and the Organization of American States; corporations such as Coca-Cola, Siemens, and Tata; large philanthropies such as the Gates Foundation, the Ford Foundation, and the Aga Khan Foundation; and research centers, private institutes, think tanks, and civic and faith groups. Mapping these actors and the connections between them would reveal the most important centers of activity and provide a starting point for figuring out where to locate or support a hub.

HUBS AND SPOKES
With networks mapped, leaders would then need to offer incentives to spur the designation or creation of the hubs. One way to do this would be to use challenges issued by international organizations, philanthropies, or groups of governments. The MacArthur Foundation’s 100&Change challenge, for instance, offers a $100 million grant to fund a single proposal that “promises real and measurable progress in solving a critical problem of our time.”

A properly designed challenge could encourage the formation of powerful hubs by triggering a natural growth process that network science calls “preferential attachment.” In all sorts of networks—biological, social, economic, political—the nodes that already have the most connections attract the greatest number of new connections. Within international relations, the UN is a useful example of this phenomenon. Initiatives and institutions often grow out of the UN because nearly all countries are already a part of its structure and because it has a record of credibility and expertise.

The UN should, however, pursue a more deliberate strategy to ensure that its many programs, commissions, and sub-organizations become problem-solving hubs. The secretary-general could, for example, connect a global network of mayors and governors to the UN Refugee Agency to help with refugee resettlement. Or, to combat climate change, the UN Environment Program could work with the Global Covenant of Mayors for Climate and Energy, a partnership between Bloomberg Philanthropies and the European Union that has brought together more than 7,000 local executives.

An expanded liberal order can harness and shape networks from every sector of society.
For those issues on which actors view the UN as too big, bureaucratic, or divided for effective action, regional organizations, informal groups, or existing public-private coalitions could serve a similar purpose. The point, however, is not simply to create partnerships and coalitions—the world is awash in them already. It is to create a stronger and more participatory order. Over time, the messy spaghetti bowl of global networks could evolve from a distributed structure with no hubs, or countless small hubs, into a more rationalized structure, one that has fewer but bigger hubs.

An effective global order also needs to be judged by its practical results, with clear metrics that incentivize competition and investment. Here, impact hubs offer an enormous opportunity to compare progress across different organizations, alliances, coalitions, and networks. Some organizations are already developing standardized metrics of progress. Impact investing—whereby investors seek not just financial returns but also environmental, social, and governance returns—is an enormous and fast-growing field. Just as traditional investors look to economic indicators such as profit margins, impact investors rely on concrete indicators to guide their choices, such as carbon emissions or school enrollment.

Leaders can and should apply similar metrics to the work of international institutions. Imagine a global impact metrics organization, comparable to the International Organization for Standardization, that rated global impact hubs in terms of the progress they were making toward achieving a particular SDG. However they were organized, reliable metrics would create a uniform way of assessing the actual contributions of different groups and hubs. In challenge competitions, the networks that were measurably more effective would prevail, which would then put them in a position to attract more people, funds, and connections, creating a virtuous circle.

The broader result would be a flexible, ever-changing system, one that would be more responsive and effective than the current order. It could meet the planet’s challenges while allowing for important variation at the local and national levels.

A NEW LIBERAL ORDER
As children pore over maps and globes, they learn to see a world neatly divided into geographic containers, brightly colored shapes separated by stark black lines. Later, they come to understand that although those borders are real, guarded by fences, walls, and officials, they are only one way of visualizing the international system. Satellite pictures of the world at night show clusters and ribbons of light, depicting the riotous interconnectedness of humanity in some places and the distant isolation of others.

Both of these images signify something relevant and important. The former portrays the state-based international order—visible, organized, demarcated. The latter illustrates the tangled webs of businesses, civil society organizations, foundations, universities, and other actors—an evolving, complex system that, although harder to conceptualize, is no less important to world affairs. The two exist side by side or, more precisely, on top of each other. The great advantage of the state-based order is that it has the legitimacy of formal pedigree and sovereign representation, even if it is often paralyzed and ineffective at solving important problems. The global order, by contrast, has the potential to be far more participatory, nimble, innovative, and effective. But it can also be shadowy and unaccountable.

If leaders bring together parts of both systems in a more coherent vision of a liberal order, the United States and its allies could build the capacity necessary to meet today’s global challenges. An expanded liberal order could harness networks of people, organizations, and resources from every sector of society. The existing institutions of the liberal, state-based order could become impact hubs. The result would be a messy, redundant, and ever-changing system that would never be centrally controlled. But it would be aligned in the service of peace and prosperity.