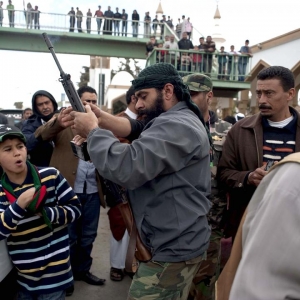 from 2013 to 2015, the Islamic State recruited an estimated 40,000 foreign fighters from more than one hundred countries. This is a flashy statistic but also a misleading one—because the vast majority of these fighters came from relatively few places, with prominent Middle East locales including northern Morocco, eastern Libya, central Saudi Arabia, and areas dispersed across Tunisia. Strikingly, 75 percent of IS foreign fighter recruits from the Middle East originated from areas constituting just 11 percent of its total population. Despite the current ebb in foreign fighters, they represent an enduring challenge for the United States and the region.

In this Policy Note, jihadism expert Nate Rosenblatt describes the special attributes of foreign fighter recruitment hubs, including their socioeconomic and political deficits. He argues that by devoting resources to areas of concentrated recruitment, the Biden administration can reduce the scope of future Middle East conflicts along with the likelihood that U.S. troops will once again be drawn into them.