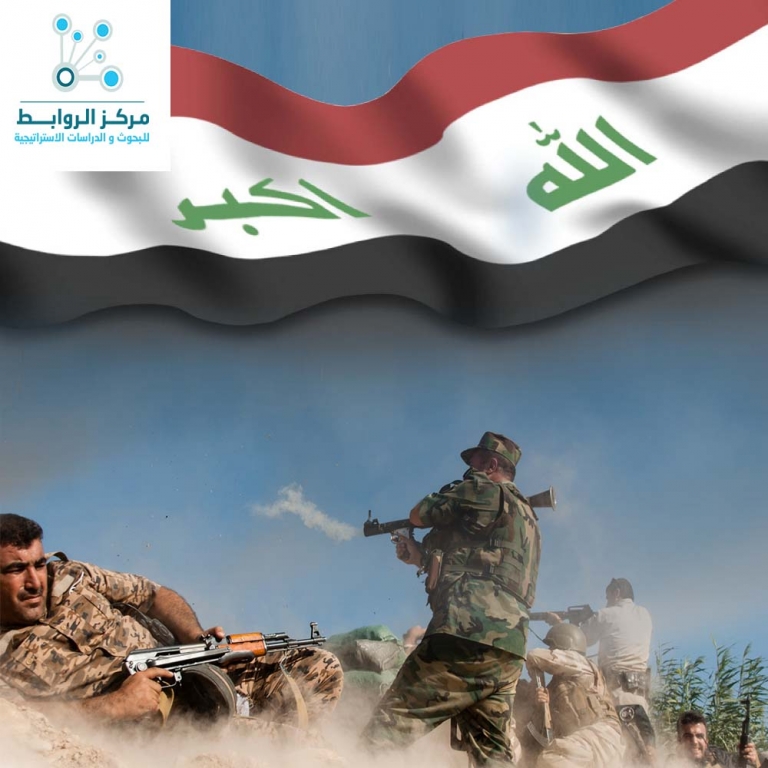 The decision of the prime ministry in Baghdad comes to equalize the allocations , salaries and grades of the fighters of popular crowd with its leaders in the Iraqi security and military forces and granting ranks to the leadership of the members of the crowd without conditions and determine the recruitment of volunteers and civil employees working in the popular crowd and retire the older people on pension , the decision comes in the midst of many Of the events and facts that Iraq lives, including the upcoming Iraqi elections of the House of Representatives on 12 May 2018, which casts a shadow over the relationship of the popular crowd and its bodies and fighters with Baghdad and determine its future paths and give a clear address in its formations and work as it is working to give military and combat status to the relationship with the Prime Ministry in Baghdad and determine its functions and objectives.

The decision marks a new turning point in the field work of the popular crowd commission and its fighters.
There are many things that accompanied the announcement of these decisions and cast its sheds on the nature of the work that will accompany the implementation of these new data, including:
1. These decisions gave a clear picture and sent many messages to all the international, regional and Arab circles that the popular crowd and its fighters became one of the tools of the government army in Iraq and that all the voices calling for the cancellation of this crowd should know that the government’s decision in Baghdad is effective with these new data .
2. The decisions extended the powers of the fighters of popular crowd and gave them a lot of discretion within the powers of the prime ministry, which the new instructions gave to the chairman of the popular crowd, which means that they will be far from the directives and instructions of the current prime minister or the next in the next electoral cycles.
3. The independence of the decision of popular crowd has granted and reinforced the legitimacy of its presence. This means ignoring many of the problems and violations carried out by the elements of this crowd against many of the people of the provinces that have witnessed military confrontations over the last three years and not taking any action against these fighters or their leaders but they were only called with expressions of uncontrolled or undisciplined elements , which hinder the search for the causes of these violations and the party behind it.
4. These decisions allow the leaders of some militias associated with the popular crowd to assume leadership positions and military formations ( commander of brigade – commander of platoon ) without a reference to their scientific and military qualifications. These decisions are referred to by efforts and political and field experience. This is one of the points that will be used for hegemony and control by the militia leaders linked to the objectives and projects related to the Iranian regime and its orientations in Iraq.
5. The decisions are in line with the results of the visit of Ali Akbar Velayati, Ali Khamenei’s adviser on the recent international affairs of Baghdad, in which he pointed out that the next rule in Baghdad will use the approach and the Islamic awakening that receives support from its regime and its political and security bodies away from the liberal, communist and democratic political trends. The resolutions have strengthened the status of the elements and leaders of popular crowd in the Iraqi popular circles.
6. The new directions gave validity to the security presence of all factions of the popular crowd in the areas of Baghdad and other Iraqi provinces and proceeded to contribute to security and participation in the preparation of security and military plans and ensure its presence in all fields, including the Iraqi-Syrian border area, which constitutes a future political and security crisis with all parties specifically the US side that seeks to extend its influence on this vital region and to prevent any presence of armed combat elements.
7. There are many factions that are linked to the popular crowd, but they have their own political, security, military and religious sources, Al-Shuhada). The leaders of these militias do not recognize the decisions of the Ministry of Defense and Iraqi chief of staff and not any religious Marja inside Iraq and it always confirms that it follows in its religious authority Ali Khamenei, the supreme leader ( Murshed) in Tehran and its military and security marja(source) is its close relationship with Qasim Soleimani, responsible for the Iraqi file and the Iranian Revolutionary Guards.