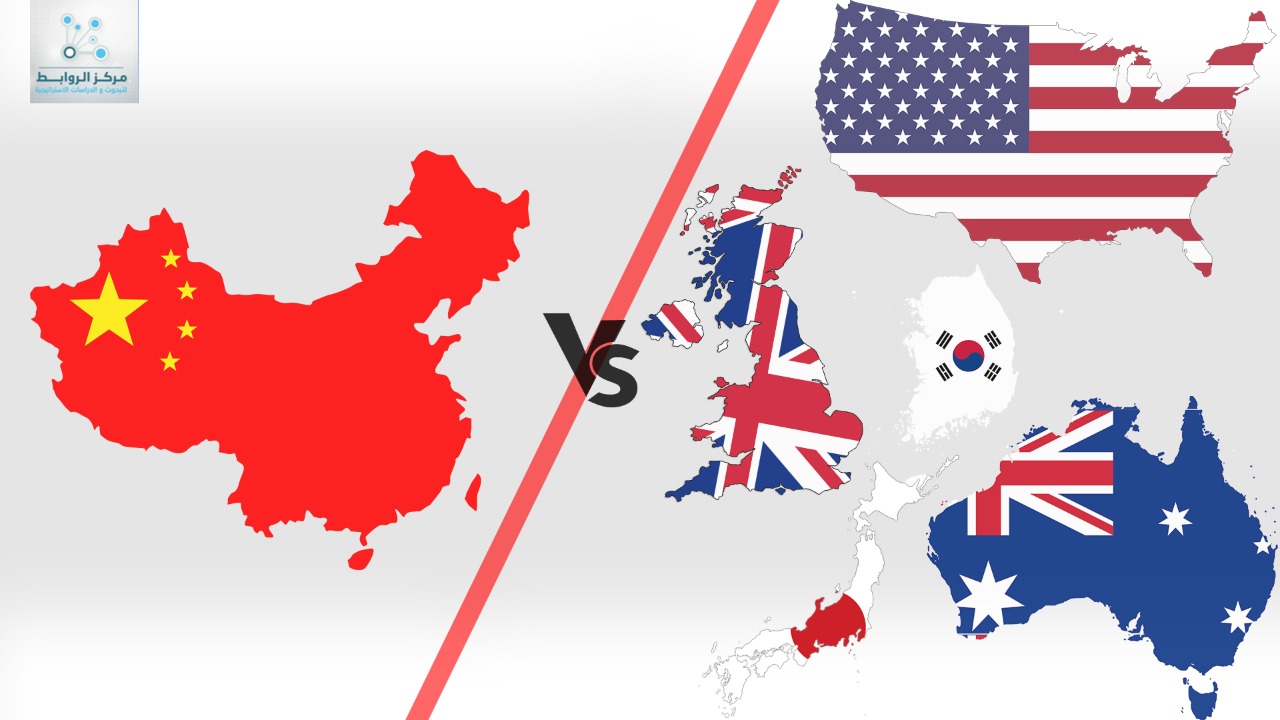 If addressing the negative effects resulting from the division, rupture of American society, and the outbreak of the Covid-19 pandemic is at the forefront of Biden’s domestic policy priorities, then working to restore the United States position and prestige in the global system is the first priority related to his foreign policy, by countering Chinese influence that is growing globally.

While the United States is busy with its disputes that exceeded all expectations, burying the thousands of the pandemic victims, and promoting its magical vaccines, last November, China succeeded in getting the largest free trade agreement in the world, with its closest neighbors, Including 15 countries from the Asia-Pacific region. The agreement has 10 countries in Southeast Asia besides China, South Korea, New Zealand and Australia. The most important thing is China, which has become the factory of the world with this agreement that allows easy trade exchange under its wings, which has secured more than two billion people, third of global trade, and struck a blow to India that left the negotiations. Chinese President Xi Jinping would not have succeeded in his years-long initiative and put the United States out, had it not been for Donald Trump’s abandonment of the “Trans-Pacific Partnership Agreement” that included most of these countries in 2018. Then it found itself due to Trumpism protectionism, without Leader.

Three weeks before Joe Biden took office, China and the European Union reached a “comprehensive agreement on investments”. With this growing commercial encroachment, China can be described as a “global economic bulldozer”, as China is advancing while others lag behind. With the end of a disastrous year for mankind, in which everyone lost, China managed to achieve the growth of 2 percent ,and if the situation continues as it is during the current year, the United States will be preoccupied with the worst health crisis it has witnessed in 100 years, while China will be able to reach a growth rate of 8 percent according to global estimations, which will qualify it within only 7 years to be ahead of United States. China also wants to become “one of the most innovative countries” in 2030 and “the most innovative country” in 2049, the year of its centenary celebration of the Chinese Communist Party accession to power.

China is expanding in all directions. The Chinese rise is the most difficult challenge for Joe Biden’s administration, because China, unlike the Soviet Union, is not a mighty military state based on a weak economy, but rather a strong economy that creates an influential military power. The continued growth of the Chinese influence in Asia and on the world stage, is the basis of this challenge. The comprehensive global role that China aspires to, is linked to the rise of the West’s opponents, hostile to the United States.

Stability in the Asia-Pacific region

China is not a country that tends to maintain the status quo, but rather a force that might want the balance of power in Asia in its favor as well. This alone makes it a strategic competitor and not a strategic partner of the United States. China’s success in controlling the balance of power depends in large part on the response of the United States to this challenge. How will the Biden administration respond to this challenge?

First: The US foreign policy must correct Trump’s mistakes. Washington’s relations with its allies were not good, as it was suffering from a loss of confidence, even with its closest allies, its relationship with Western Europe and with South Korea is almost lost, if not non-existent, and so is the case with Japan and India. All of this is due to its isolationist policies, or those based on “America first” slogan.

Biden’s desperate need to restore the prestige of the United States and its global standing will inevitably push him to begin restoring the relationship with the Western and Asian allies, And work to repair the rift that struck NATO during Trump’s era, but the credibility of the United States in this regard will not be proven unless Biden completely abandoned the slogan of “America first” and adopt instead of it a policy based on a new alliance formula.

Therefore, Biden hastened to take the necessary measures for the United States’ return to the Paris climate agreement, to the World Health Organization, and perhaps seek to reform the United Nations system, which will pave the way for restoring confidence between partners on both sides of the Atlantic, a first step in the direction of establishing a leadership of a joint alliance for the global system.

Second: The formation of a new multi-geographic alliance that includes “the United States, the United Kingdom, Japan, South Korea, and Australia” and its allies to confront China. This alliance, if formed, would be a giant coalition based on the political power elements of the “American and British veto right in the Security Council”, military, technology, economic and cultural. This alliance would constitute a fatal blow to China’s agreement with some countries in the Asia-Pacific region, and it will work to nullify that agreement.

This alliance will not be limited to the aforementioned countries, but will expand to include Israel, a close ally of the United States, France, Germany, Singapore, the Philippines, some Arab countries, and Vietnam may join it as well, due to its special sensitivity towards China, its proximity to it, and the tendency of the Vietnamese people to reject any external hegemony. In order to strengthen and make this alliance more powerful, Britain and Japan will play the role of mediator to settle the outstanding differences between Washington and some countries, and perhaps Turkey is at the forefront of those countries, as its joining this future alliance constitutes a great benefit to it.

In sum, Biden’s administration and the upcoming US administrations will not accept that the first century of the third millennium will be a century of Chinese power and values, but rather a century dominated by the liberal values represented by the United States and its allies. This means that the alliance of the five main countries, “the United States, the United Kingdom, Japan, South Korea, and Australia” and other countries affiliated with this alliance, will lead international and global interactions for the next “100 years”.