Latest News
2021-07-19
Editor muammar
Home
Releases
After the “statement” of the Taliban… Will Turkish forces remain in Afghanistan? 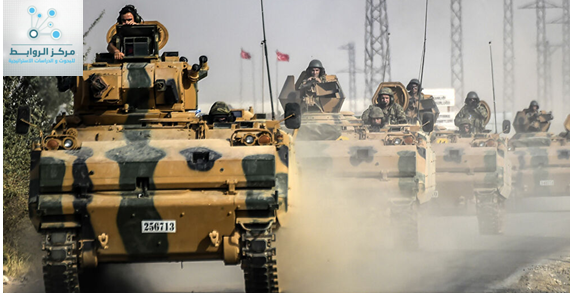 Twenty years after the US and NATO occupation of Afghanistan, US President Joseph Biden announced on April 16, 2021 the unconditional withdrawal of US forces from Afghanistan, and that military operations would end on August 31. This announcement hastened the conclusion of an agreement between Washington and Ankara, the latter of which would secure the airport in the Afghan capital.

This agreement was not welcomed by the Taliban, as the movement – which controls 85 percent of the Afghan geography and with the exception of a few provincial centers such as the capital Kabul and Kandahar – warned Turkey in a statement: “The decision of the Turkish leaders is not wise, because It is a violation of our sovereignty, unity and territorial integrity, and it is against our national interests.” The Taliban’s statement is a direct warning message to Ankara: “We are the masters here.”

The Taliban spokesman, Zabihullah Mujahid, had explained why the Taliban directed this warning to Turkey. He said: “Neither the Islamic Emirate of Afghanistan nor the Afghan people have hostility towards Turkey or its people. We and the Turkish people enjoy the unity of religion, sect, history and culture. And both peoples love each other very much. What we want is for Turkey, which came to Afghanistan under the NATO umbrella 20 years ago, to withdraw.

And when we need Turkey, we will talk to it directly and to the Turkish people. We want Turkey as an independent country, we don’t want it as part of NATO. According to the Doha Agreement, which we concluded with the United States and accepted by Turkey, all foreign powers must withdraw from Afghanistan, whether they are members of NATO or not.

The Taliban’s rejection of Turkey’s security role through NATO or the United States of America forces Ankara to reconsider its agreement with Washington, regardless of the gains that will be gained from that agreement in the context of US-Turkish relations, or in the context of strengthening its presence in Central Asia and the Caucasus.

Turkey’s highest interest is to maintain its forces in Afghanistan, and this preservation is subject to the approval of the Taliban movement, although without that, it will create major security problems and risks. If the Taliban decides to confront the Turkish forces, especially since it has announced that any foreign forces will be treated as “occupying forces.” This means the premature end of Turkey’s future role in Afghanistan.

In the event that Turkey accepts this warning, this means that it appreciates the weight of the Taliban movement in the Afghan scene and that it is not in its interest to ignore that warning, and this warning at the same time is in the interest of the Turkish strategy in regional work, by not bearing the burdens of failure that Turkey was not over The past two decades are one of its reasons. In fact, Turkey enjoyed a good reputation and soft power in Afghanistan during those two decades, and this helped protect its soldiers. Perhaps the country with the most positive image is Afghanistan, which has allowed some Turkish construction and contracting companies to operate freely there. Therefore, Turkey should maintain this reputation throughout Afghanistan. And don’t risk it.

And if Turkey must bear the burdens of the American and NATO failure in Afghanistan, in order for Turkey to avoid the British quagmire in the eighteenth century, the Soviet in the twentieth century, and the American in the twenty-first century in Afghanistan, and Afghanistan not to be a regional or international trap, for settling accounts With it, the Turkish government should do everything in its power to soften the position of the Taliban and convince them that their stay in Afghanistan is not to implement the agenda of the United States of America or NATO, but rather to support the stability of Afghanistan and help its people.

Turkey, which has excelled in the past years in exercising the role of mediator in resolving many regional crises, can resort to negotiations with the Taliban to change its position, by emphasizing that its main task will only be to ensure airport security and not to confront or fight the Taliban. In this regard, Turkey can rely on its advanced relations with countries that have good relations that may affect the Taliban movement, such as Qatar and Pakistan. And if they are unable to soften the position of the Taliban, and because the Afghans resent the rule of strangers to them at all costs, then Turkey should respect its decision and leave its forces in Afghanistan.

In order for Turkey to preserve its material and moral regional gains, it must always remember the realistic principle in the international system “protect yourself” and “preserve yourself.”