Latest News
2021-03-26
Editor muammar
Home
Media Center
Iranian Nuclear Breakout: What It Is and How to Calculate It 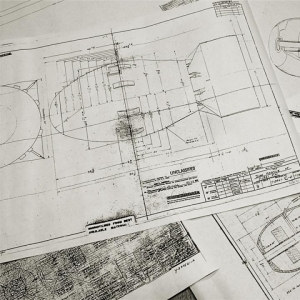 The term “breakout” is frequently used in discussions about Iran’s nuclear program, but its precise meaning and implications are often unclear or inconsistent. In legal terms, it refers to when an aspiring nuclear weapons state could break out of its commitments under the widely recognized Nuclear Nonproliferation Treaty, which Iran ratified in 1970. (India, Israel, and Pakistan have not joined the NPT; North Korea withdrew in 2003.) In technical terms, breakout refers to when a state achieves nuclear weapons capability as a fait accompli before it can be stopped by diplomatic pressure or military action.

Opinions differ on what constitutes “nuclear weapons capability,” but it is generally accepted as the moment when a country has enough fissile material to make one nuclear device. In Iran’s case the material in question would be U-235, the fissile isotope of natural uranium that can be obtained by various enrichment processes. (Another fissile material is plutonium-239, but Iran’s route to that—irradiating uranium and then reprocessing it—appears to be blocked.)

Significant Quantity
The approximate minimum quantity of fissile material required for the manufacture of a nuclear explosive device is known as a “significant quantity” (SQ). For high-enriched uranium, SQ is defined as 25 kg of U-235. The amount actually needed for a weapon can be somewhat less than the SQ if large amounts of high explosives are used to compress the U-235.

Under the 2015 Joint Comprehensive Plan of Action (JCPOA), Iran’s ability to enrich uranium was constrained and its stocks of partially enriched uranium were removed from the country. These and other measures increased the country’s estimated breakout time from two or three months to more than a year. Yet the Trump administration’s 2018 withdrawal from the JCPOA prompted Iran to put more centrifuges into operation and enrich uranium past 3.67% (the maximum level permitted under the deal), resurrecting concerns about its ability to break out.

Advanced Centrifuges
On March 16, the International Atomic Energy Agency, which monitors adherence to the NPT, announced that Iran was using an additional type of centrifuge to enrich uranium at its principal Natanz facility. Described as an “advanced centrifuge” even though its technical design dates to the 1970s, the IR-4 is similar to the other “advanced centrifuge” Iran has brought back into use in violation of the JCPOA: the IR-2m.

The IR-2m uses a thin, short, maraging-steel “bellows” to join centrifuge rotor sections, allowing the long rotor to spin at much higher speed than would be possible without such flexible connections. The IR-4 bellows is made of carbon fiber. Both machines have an estimated productivity of 3-5 “separative work units” (SWUs) per year, a term related to the amount of material processed and the degree of enrichment. Yet most of Iran’s centrifuges are the earlier IR-1 model, rated at an estimated 1 SWU per year. Under the JCPOA, Tehran was allowed to continue operating 5,060 IR-1 machines.

SWU ratings are measured in kilograms per year of either uranium or uranium hexafluoride (UF6), which in its gaseous form is used as feedstock. The enrichment process extracts heavier and more common U-238 molecules, leaving U-235. Higher enrichment levels are achieved in stages through different centrifuge arrays known as cascades, each including a waste stream of depleted uranium with a reduced proportion of U-235, known as “tails.” Compared to natural uranium, which contains roughly 0.7% of U-235, tails typically contain 0.3-0.4%. But some breakout scenarios could involve reusing tails of 2% and employing other measures to reach higher enrichment levels more quickly (see below for various scenarios). Thus, while the rate at which enriched uranium can be accumulated is generally proportional to the number of centrifuges in operation and their SWU rating, factors such as the feedstock’s preexisting degree of enrichment and the proportion of tails can accelerate the process significantly.

Using a Spreadsheet to Estimate Iran’s Breakout Time
The eminent American physicist Richard Garwin, who designed the world’s first hydrogen weapon test in 1952, has produced an interactive spreadsheet that allows users to specify the U-235 concentration for the feedstock, tails, and desired end product in an ideal enrichment cascade (download the Excel spreadsheet). Using this tool illustrates that reaching 90% enrichment—the level considered necessary for a standard nuclear weapon—is easier when the initial enrichment level of the UF6 feedstock is higher. For example:

Of course, these calculations assume perfect performance, which is unlikely even without the foreign sabotage that has repeatedly plagued Iran’s enrichment program. This definition of breakout time also fails to account for how long the country might need to design and assemble an explosive device or deliverable weapon. Opinions vary on how close Tehran is to such capabilities or whether it has made the relevant policy decisions. Some suggest it would need two years to assemble a bomb. Others assume it may have already completed most of the weaponization work, and that breakout will be possible once it produces the necessary amount of 90% enriched uranium hexafluoride, converts it to uranium metal, and casts and machines the uranium metal bomb parts.