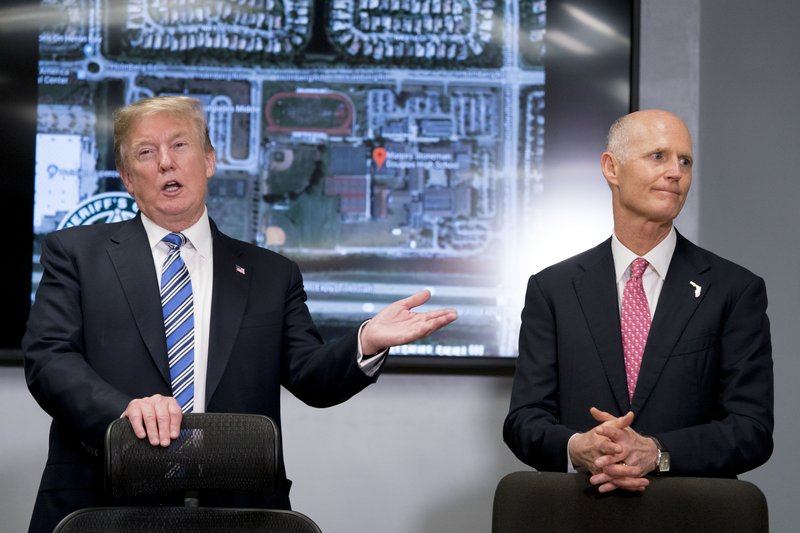 WEST PALM BEACH, Fla. (AP) — President Donald Trump lashed out at the FBI Saturday night, saying the agency “missed all of the many signals” sent by the suspect in the Florida school shooting and arguing they are “spending too much time trying to prove Russian collusion with the Trump campaign.”

Trump said on Twitter: “This is not acceptable. They are spending too much time trying to prove Russian collusion with the Trump campaign – there is no collusion. Get back to the basics and make us all proud!”
The FBI received a tip last month that the suspect in the Florida school shooting had a “desire to kill” and access to guns and could be plotting an attack. But the agency said Friday that agents failed to investigate.

The FBI’s acknowledgment that it mishandled the tip prompted a sharp rebuke from its boss, Attorney General Jeff Sessions, and a call from Florida’s Republican Gov. Rick Scott, a Trump ally, for FBI Director Christopher Wray to resign.

Trump and other Republicans have heavily criticized the FBI. They are still dissatisfied with its decision not to charge Hillary Clinton with crimes related to her use of a private email server, and they see signs of bias in special counsel Robert Mueller’s probe of possible Trump campaign ties to Russia.