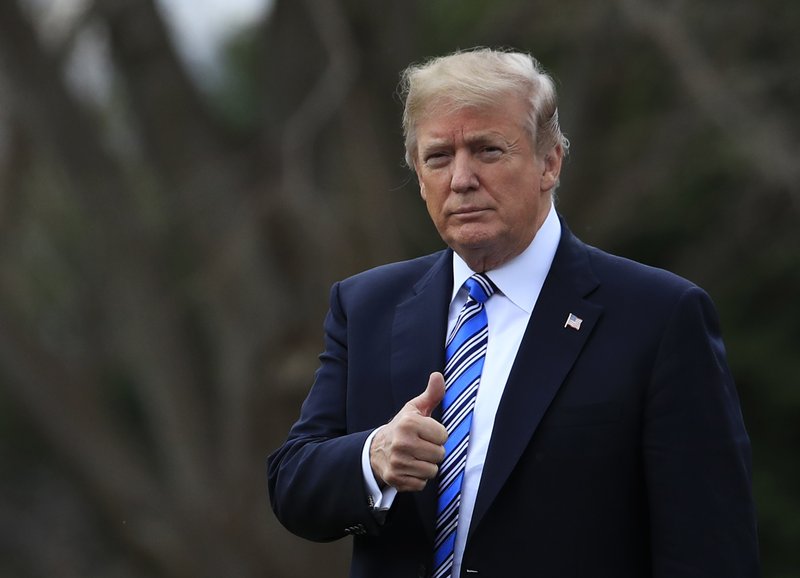 In a marathon series of furious tweets from Mar-a-Lago, Trump vented about Russia, raging at the FBI for what he perceived to be a fixation on the Russia investigation at the cost of failing to deter the attack on a Florida high school. He made little mention of the nearby school shooting victims and the escalating gun control debate.

The president has grown increasingly frustrated since the indictment from special counsel Robert Mueller on Friday charged 13 Russians with a plot to interfere in the U.S. presidential election.

Trump viewed Deputy Attorney General Rod Rosenstein’s declaration that the indictment doesn’t show that any American knowingly participated as proof of his innocence and is deeply frustrated that the media are still suggesting that his campaign may have colluded with Russian officials, according to a person who has spoken to the president in the last 24 hours but is not authorized to publicly discuss private conversations.

Trump was last seen publicly Friday night when he visited the nearby Florida community reeling from a school shooting that left 17 dead and gave rise to a student-led push for more gun control. White House aides advised the president against golfing so soon after the tragedy. Instead, he fired off tweets Saturday and Sunday and met with House Speaker Paul Ryan Sunday afternoon.

Trump fumed to associates at Mar-a-Lago that the media “won’t let it go” and will do everything to delegitimize his presidency. He made those complaints to members who stopped by his table Saturday as he dined with his two adult sons and TV personality Geraldo Rivera.

Initially pleased with the Justice Department’s statement, Trump has since griped that Rosenstein did not go far enough in declaring that he was cleared of wrongdoing, and grew angry when his national security adviser, H.R. McMaster, gave credence to the notion that Russia’s meddling affected the election, the person said.

Amid a growing call for action on guns, the White House said Sunday the president will host a “listening session” with students and teachers this week, but offered no details on who would attend or what would be discussed.

On Monday, 17 Washington students plan a “lie-in” by the White House to advocate for tougher gun laws. Students who survived the shooting at Marjory Stoneman Douglas High School in Parkland are planning a march on Washington next month to pressure politicians to take action on gun violence.

On Twitter, Trump stressed that the Russian effort began before he declared his candidacy and asserted that the Obama administration bears some blame for it. He also insisted he never denied that the Kremlin interfered in the 2016 U.S. campaign, although in fact he has frequently challenged the veracity of the evidence.

The president declared “they are laughing their asses off in Moscow’” at the lingering fallout from the Kremlin’s election interference.

James Clapper, a former director of national intelligence, said on CNN’s “State of the Union” that the president was not focusing on the bigger threat.

“Above all this rhetoric here, again, we’re losing sight of, what is it we’re going to do about the threat posed by the Russians? And he never — he never talks about that,” said Clapper. “It’s all about himself, collusion or not.”

Trump tweeted about the nation’s “heavy heart” in the wake of the shooting in Parkland and noted the “incredible people” he met on his visit to the community. But he also sought to use the shooting to criticize the nation’s leading law enforcement agency.

Trump said late Saturday that the FBI “missed all of the many signals” sent by the suspect and argued that agents are “spending too much time trying to prove Russian collusion with the Trump campaign.”

The FBI received a tip last month that the man now charged in the school shooting had a “desire to kill” and access to guns and could be plotting an attack. But the agency said Friday that agents failed to investigate.

Ohio Gov. John Kasich, a Republican and frequent Trump critic, called that tweet about the FBI an “absurd statement” on CNN’s “State of the Union,” adding that the “FBI apparently made a terrible mistake, and people should be held accountable. But we need leadership out of the executive.”