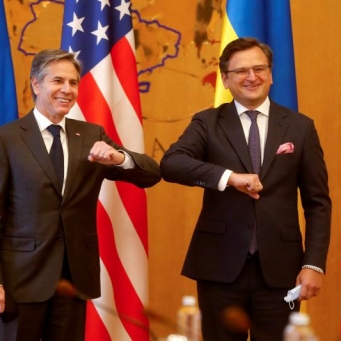 Since the dissolution of the Soviet Union in November 1991, the area that extends from central Europe to Central Asia has been commonly referred to as the “post-Soviet space.” The label has always been problematic—and 30 years after its introduction, the time to retire it has come. The term misleadingly implies a degree of political, social, and economic coherence among a diverse set of countries that includes my own, Ukraine. Even more worrying, its use encourages policymakers and publics outside this geography to see the countries within it through a single lens.

This reductive approach serves the Kremlin’s imperialistic aims. Russian President Vladimir Putin spares no effort to promote the false historical narrative that Ukrainians and Russians constitute “one nation”; his recent 5,300-word opus on the subject has reportedly become compulsory reading for the Russian military. Putin wishes to reassemble the countries of the former Soviet Union and reverse what he calls the “greatest geopolitical catastrophe of the twentieth century.” But for millions of people across the region, the Soviet Union’s collapse was not a catastrophe. It was a liberation.

Immediately after 1991, a shared history did unite the countries that emerged from the Soviet Union’s wreckage. But their.